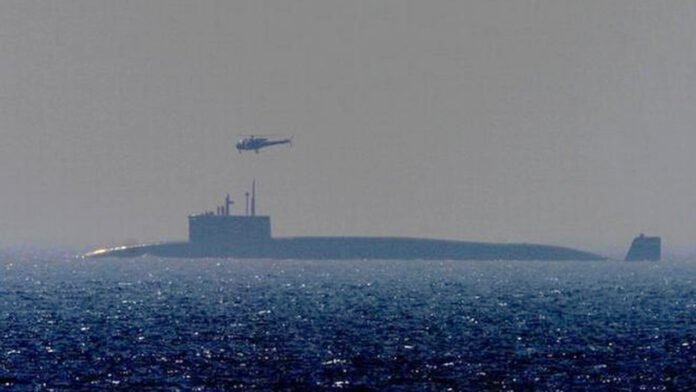 India is officially the third-highest military spender in the word at about 71 Billion US$, third only to its nemesis-in-a-garb, China.

A nuclear triad refers to a three-legged ability to launch nuclear warheads from three different realms. It includes;

Four countries in the world possess the triad, India is one of them. India’s submarine naval diplomacy is something to take a look at. The Indian Navy (IN) has been quietly shoring up its sub capabilities. IN operates about 16 submarines of myriad classes, at least two of these are nuclear powered.

India is one of the only 6 countries to have owned and operated indigenously developed Nuclear attack submarines or SSBNs.

SSBNs are the mantelpiece to any strong navy, last year India inked a pact with Russia for leasing over 3 Kilo-Class diesel electric subs. It is noteworthy that Russia has already leased to India, the  INS Chakra , a rechristened Akula-Class nuclear SSN.

The most eventful time in India’s military history was the commissioning of the INS Arihant, the first truly Indian SSBN. Arihant’s sea plans and deployments remain highly classified state secrets but in all probability its resources are focused on the Eastern Sea Board to counteract China’s growing influence in the Strait of Malacca and the Bay of Bengal as well as the greater IOR region. It’s interesting because the INS Arihant and the INS Arighat (due to be commissioned later in 2020) are among the most potent and the youngest nuclear platforms in the Asia-Pacific something which worries China as its incursions in the Indo-Pacific region continue. The IN’s main ‘enemy’ per se isn’t Pakistan, it’s China. The Arihant is equipped with about 12 Sagarika or the K-12 missiles with a range of about 750 KMs.

India’s recent purchase of the Rafale from France in addition to the Mirages and the Su-32 MKI’s it already has stationed on its Eastern Frontiers, a move which I feel is to draw the Chinese in a pincer movement by taking advantage of the lower elevation geography that India has, along the Himalayas as opposed to China. The IN already has 3 SSN’s with about 3 more in the docks completing varying stages of development. Work has been especially going on at a fast rate since the Civil Nuclear Deal between India and the US, which allowed India access to various technical know-hows of miniaturized reactors. India’s membership to the MTCR also significantly increased its efficacy of improving the K-Missile family. SSBNs are the first stepping stone towards a greater nuclearised Navy spanning submarines, aircraft carriers, and other stealth frigates. The Navy has been working on the Project 15B stealth frigates namely the INS Visakhapatnam and INS Mormugao, they’re among the largest and the most potent destroyers to be operated by the Indian Navy. Reports about the project have been extremely limited but the armaments onboard include a battery for UVLM Anti-Ship BrahMos Missiles. In January of 2020, India’s Su-32 MKIs were successfully fitted with the Air launched version of the BrahMos which were capable of carrying a nuclear warhead, it would be a reasonable inference on my part that the Project 15B destroyers could also have a nuclear capable BrahMos missile system. When the ships are commissioned in 2021 and 2022 respectively, it’ll enhance the IN’s stealth warfare and may also strengthen India’s triad capabilities.

According to certain sources, Russia has offered India help in the design and construction of six SSNs for the IN only if the IN agrees to buy 6 conventional diesel electric submarines from Russia. The Indian Navy hopes to improve its AIP performance and have it’s own power plant to bolster its sub capabilities to match that of China’s.