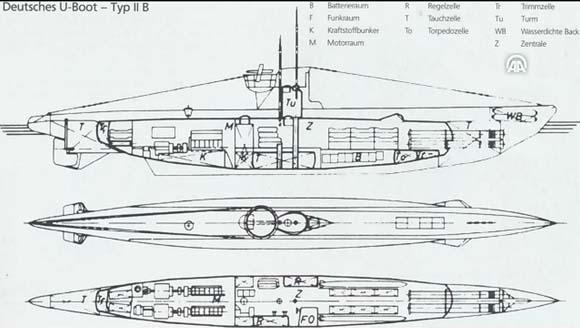 The Turkish navy found a WWII German submarine that sank in the waters of the Black Sea and will showcase its discovery in a new documentary film.

The wreck of a German U-class submarine that sank during World War II was found off the coast of Ağva in Istanbul’s Şile district . The U-23 submarine was lying at a depth of 40 meters off the Black Sea coast, two nautical miles (3.7 kilometers) away from the shore when it was found by the TCG AKIN search and rescue submarine and scanned the submerged warship with remote controlled devices during an underwater documentary shoot jointly conducted by Turkey’s public broadcaster TRT and the Turkish Naval Forces.

Dubbed “Hitler’s lost fleet” the 30th U-boat Flotilla (“30. Unterseebootsflottille”) of Nazi Germany’s Kriegsmarine was formed in October 1942. Six U-boats reached the Black Sea after a transport over land and canals and operated from the harbours of Constanţa and Feodosiya from 1942 to 1944. 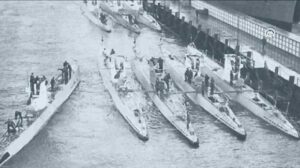 In October 1942, the 30th Flotilla under the command of Kptlt. Helmut Rosenbaum was founded. With Turkey remaining neutral, access via the Bosphorus was not feasible. It was decided that small vessels, torpedo boats and U-boats, should be transported from the German Bight via the Danube to the Black Sea. The predecessor to the modern Rhine–Main–Danube Canal, the 19th century Ludwigskanal, was not suitable, though, so transport via land was necessary.

Starting from May 1942, they were partially dismantled in Kiel, to reduce weight and size. Toppled over 90°, and fitted with additional floating devices, the stripped down hulls, weighing 140 tons, were shipped through the Kiel Canal and on the Elbe up to Dresden-Übigau, where they were placed on two 70 ton Culemeyer road transporters hauled by Kaelble tractors. The boats then traveled at an average speed of 5 mph over the Reichsautobahn (modern day A4 and A9) to the slipway in Ingolstadt. Eventually, the submarines arrived in the Romanian port of Galați where they were re-assembled by the Romanians at the Galați shipyard. 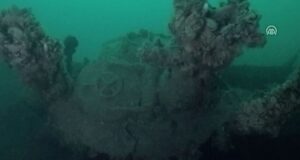 The first boat started to operate from the Romanian port of Constanţa in October 1942, the last joined in May 1943. Despite carrying only five torpedoes, the Type II boats were effective in the Black Sea theatre. In total, 26 ships with 45,426 tons were sunk. U-20 was a lucky boat sinking 15 enemy ships with 38,500 tons without suffering casualties amongst her crew.