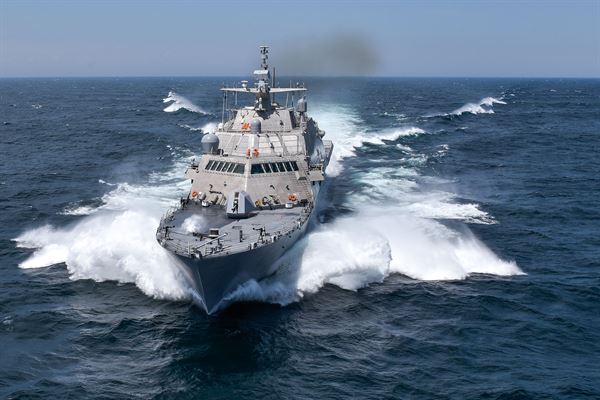 The US Navy accepted delivery of the future USS Billings (LCS 15) during a ceremony at the Fincantieri Marinette Marine (FMM), shipyard, Marinette, Wisconsin, Feb. 1.

The future USS Billings is the 17th littoral combat ship (LCS) to be delivered to the US Navy and the eighth of the Freedom variant to join the fleet. Delivery marks the official transfer of the ship from the shipbuilder, part of a Lockheed Martin-led team, to the Navy. It is the final milestone prior to commissioning, which is planned for later this year.

LCS is a highly maneuverable, lethal and adaptable ship designed to support focused mine countermeasures, anti-submarine warfare and surface warfare missions. The Freedom-variant LCS integrates new technology and capability to affordably support current and future mission capability from deep water to the littorals.