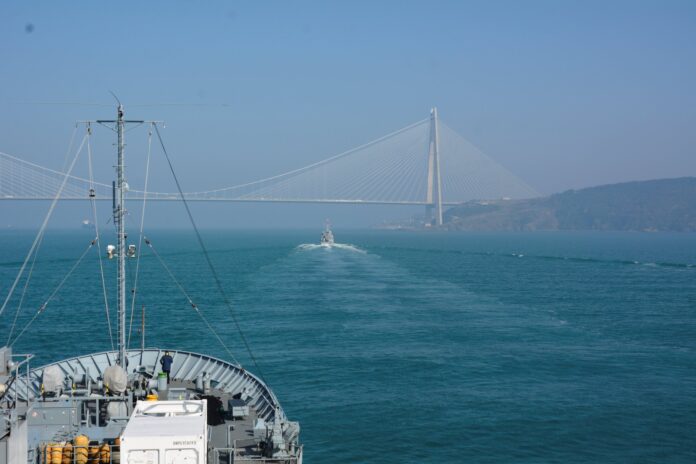 Standing NATO Mine Countermeasures Group Two (SNMCMG2) arrived in the Black Sea on Feb 19, after a four day port visit in Istanbul, Turkey to conduct the first NATO Group patrol in the Black Sea of 2019.
The group is conducting a routine patrol to enhance interoperability with Allied and Partner mariners in the Black Sea. As part of their patrol, the group will participate in exercise Poseidon, an annual mine countermeasures drill hosted by Romania and Bulgaria.
Three Allied nations border the Black Sea, and NATO regularly conducts exercises and operations in the Black Sea in order to maintain a credible and capable defensive capability.
Since Russia’s annexation of Crimea in 2014, NATO has increased its presence in the Black Sea. Patrols by NATO Maritime Groups increased in 2018 to three patrols for each group for a total of 120 days of NATO Group presence over the year, compared to two patrols for each group and a total of 80 days in 2017.
SNMCMG2 is led by Commander Martin Schwarz of the German Navy from his flagship German replenishment ship FGS Werra. The group also includes Turkish mine hunter TCG Akcakoca, Romanian minesweeper ROS Lt Lupu Dinescu and Bulgarian minehunter BGS Tsibar. The group is one of four standing NATO groups which are multinational, integrated maritime forces made up of vessels from allied countries. These vessels are under continuous NATO command to perform a wide range of tasks ranging from deterrent presence and situational awareness to exercises and the conduct of operational missions.