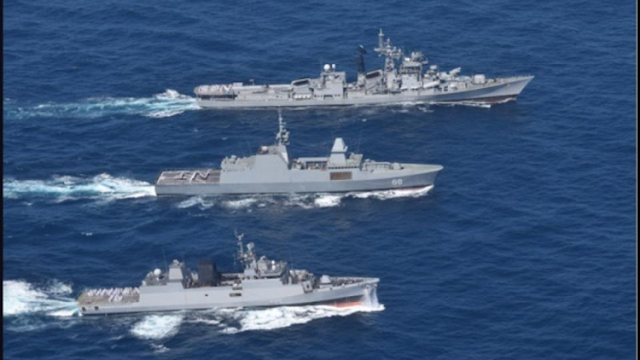 The bilateral naval drill will be conducted until May 22.

“The harbor phase of SIMBEX-19 conducted from 16 May to 18 May included various planning conferences, simulator-based warfare training/ wargaming, courtesy calls to dignitaries of RSN navy, sporting events and deck reception onboard Kolkata.

The sea phase of SIMBEX 19 scheduled to be conducted in the South China Sea from 19 May to 22 May 19 will include various maritime combat exercises such as firing on aerial/ surface targets, advanced aerial tracking, coordinated targeting exercises and tactical exercises on surface/ air scenarios.” the Indian MOD said.

SIMBEX 19 would also conclude the two-month-long deployment of IN ships Kolkata and Shakti to South and East China Seas which is aimed at extending the bridges of friendship through enhanced cultural, economic and maritime interactions with countries of east and South-East Asia.