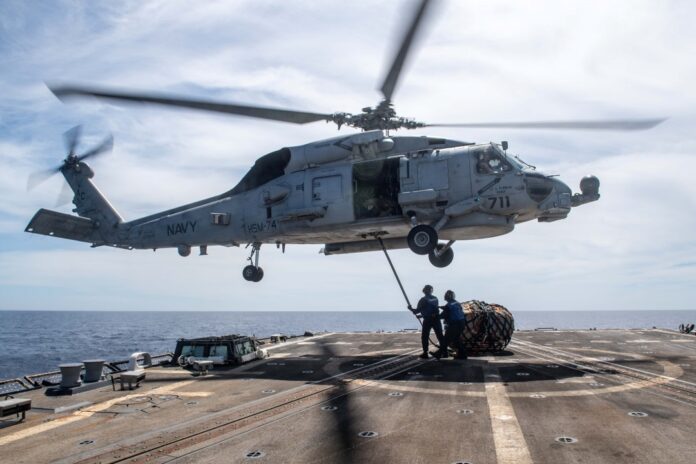 The process for acquiring 24 anti-submarine warfare helicopters for the Indian Navy from the US Company Lockheed Martin has started. An agreement for $905 million has been inked.

The sale will be handled by the USN via the Foreign Military Sale process. The first helicopter delivery to the Indian Navy is anticipated in spring 2021.

In the official US government contract notice, the USN is ordering three MH-60Rs, while India is ordering 21 examples.

“The US Navy has allowed us to leverage three aircraft from their inventory of brand new aircraft that have never been introduced into the fleet — in order to provide them to the Indian Navy so they can begin training on a more accelerated basis than might normally be possible,” says Tom Kane, director of Sikorsky naval helicopter programmes.

Sikorsky declines to say what weapons and subsystems the Indian navy’s MH-60Rs would have. However, the manufacturer says the equipment would enable anti-submarine and anti-ship warfare, as well as special operations, search and rescue, utility, vertical replenishment, and command and control missions.

Previously, the helicopters were to include weapons such as AGM-114 Hellfire missiles, Advanced Precision Kill Weapons System rockets and Mk54 torpedoes and crew-served guns, according to a Foreign Military Sales approval notice sent to the US Congress in 2019. The package was also to include multi-mode radars, sonobuoys, and multi-spectral targeting systems. As was reported in 2019 the US State Department had put the value of the whole package at $ 2.6 billion.

These helicopters are being acquired as they would replace the existing obsolete Sea King helicopters of the India Navy. New helicopters will be deployed to the Indian Navy’s modern destroyers and frigates and will be inducted onboard Delhi and Kolkatta class destroyers and the under-construction Project 15B destroyers.