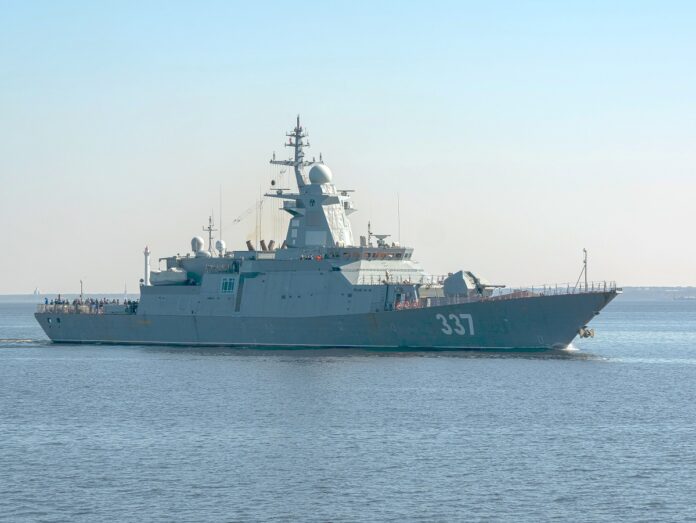 Russian fleet keeps growing. After the newest diesel electric submarine begins trials at Baltic Sea, the Project 20385 missile corvette Gremyashchiy has left the fitting-out quay of the Severnaya Shipyard in northwest Russia and headed for the Baltic Sea to complete the shipbuilders’ trials.

“The shipbuilders’ sea trials is expected to last about three months. Specialists aboard the Gremyashchiy will check the functionality of all the shipborne systems and special equipment in the operational and combat modes,” the shipbuilders’ spokeswoman said.

As the main focus of the trials, the Shipyard’s specialists will test radar and sonar systems, hold the trials of the aerial platform, special equipment and armament, the spokeswoman noted.

Several days later, the corvette will get together with the frigate Admiral Kasatonov. At the stage of shipbuilders’ sea trials, the main goal of the warships’ delivery teams comprising the Shipyard’s representatives, the designers of the frigate and the corvette and basic contractors, is to find and eliminate flaws and prepare the warships for state trials scheduled for December.

After the shipbuilders and state trials are over, the warships will be delivered to the Russian Navy. The corvette Gremyashchiy will enter service with Russia’s Pacific Fleet while the frigate Admiral Kasatonov will join the Northern Fleet.

The Gremyashchiy is the Project 20385 lead corvette laid down on February 1, 2012 and floated out in June 2017. The corvettes of this Project developed by the Almaz Central Marine Design Bureau are designated to detect and destroy enemy submarines and surface ships, provide for troop landing and cope with numerous green-water tasks.

The corvette Gremyashchiy will become the first warship in the Pacific Fleet to carry Kalibr cruise missiles. The warship is expected to enter service by the end of 2019. Project 20385 envisages a hangar for a Ka-27 helicopter.