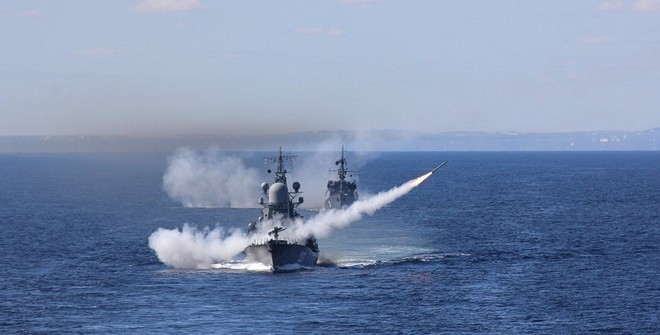 The upgraded missile corvette Smerch has held a live-fire exercise against a naval and an air target in order to check the new Osa-MA anti-aircraft defense system at the Sea of Japan, the press office of Russia’s Pacific Fleet reported on 14th August.

“Today, in accordance with the plan of shipbuilders’ trials, the modernized small missile ship Smerch has held a series of missile firings against a naval and an air target in the Sea of Japan,” the press office said in a statement.

The warship successfully employed surface-to-air missiles, launching them against the target that simulated a surface ship and against a simulated air target, the statement says.

The small missile ship will soon “accomplish a set of artillery firings from the modern AK-176MA artillery gun outfitted with a digital control system and a new optoelectronic station,” according to the statement.

The Russian shipbuilders completed the upgrade of the missile corvette Smerch in 2019. The warship was modernized at the North-Eastern Shipyard. During its upgrade, the warship got the Uran anti-ship cruise missile system and more advanced artillery armament.