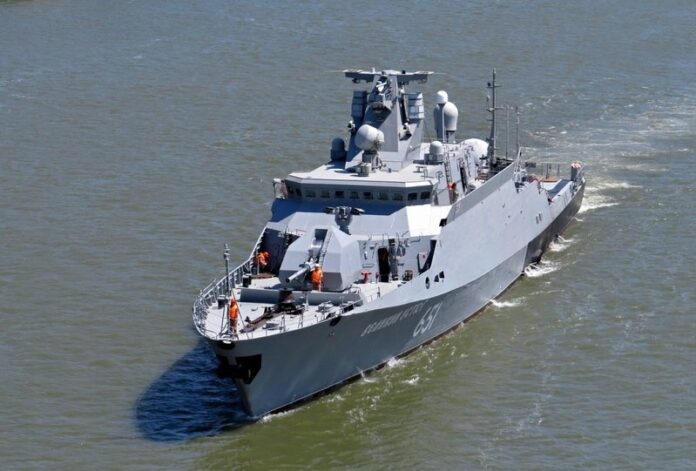 According to the report of the Black Sea Fleet’s press office, The Project 21631 small missile ship “Ingushetia” armed with Kalibr cruise missiles has left Novorossiysk for shipbuilders’ sea trials.

“The crew of the latest small missile ship Ingushetia has left Novorossiysk to enter shipbuilders’ sea trials. This is the first deployment to the sea for the ship’s crew after the vessel’s construction and float-out,” the press office said in a statement.

During the first phase of the trials, crew of the ship’s will conduct tests in real scenerios to check how reliable the vessel’s propulsion unit, the steering system, auxiliary mechanisms, communications and navigation equipment and other shipborne systems and armament are, the statement says.

Both crew and the shipbuilders personnel will assess the ship’s sea performance, its controllability and stability, propulsion qualities and inertial properties.

“The shipbuilders’ trials are being conducted by the vessel’s crew together with the Shipyard’s representatives and are an important stage that is completing the process of the ship’s construction,” the press office said.