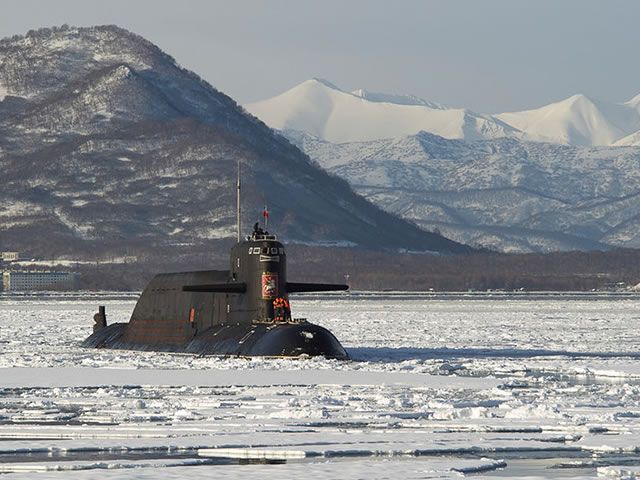 A Russian nuclear submarine, Ryazan, aborted the test firing of an intercontinental ballistic missile during Thunder-2019 strategic command and staff drills, the Ministry of Defence said on Monday (21st Oct).

The Ryazan nuclear-powered submarine had fired an R-29R ballistic missile towards the Chizha test range, but the second missile failed to exit the silo launcher and the submarine returned with it to the naval base. This anomaly might have occurred due to a system failure on the underwater cruiser.

“Having assessed the information received just before the launch about the technical condition of one of the missiles on the Ryazan submarine, the decision was taken to not use it in a training strike,” the defense ministry was cited as saying.

The Defense Ministry said the reports on the extraordinary situation with the missile had nothing to do with reality.

The drills were aimed at checking the system of the armed forces’ command and control “rather than the capability of launching the maximum number of missiles,” the ministry’s statement says.

“A final decision on the maximum number of intercontinental ballistic missile launches is made from the Russian Armed Forces’ command and control center, judging by the specifics of a notional operational situation and special combat training missions to inflict damage on a simulated enemy,” the ministry explained.

All the assignments set forth during the drills “were fully accomplished and the missiles reached their designated training targets, striking the notional marks and confirming their stated characteristics,” the ministry said.

Russia’s top brass earlier informed foreign military attaches at a news briefing “about the maximum number of launches of various types of missile systems, which could have been involved during the drills [it was stated that two R-29R missiles were planned to be launched towards the Chizha range],” the statement says.

The exercise took place in Russia’s Far East and Far North from Oct. 15-17 and involved about 12,000 military personnel, more than 100 aircraft and five submarines, the defense ministry said in a statement. The naval part of the exercise covered the Barents, Baltic, Black, Caspian and Okhotsk seas.

On October 17, during a drill held under the command of the Supreme Commander-in-Chief, Russian President Vladimir Putin, ballistic missiles were test-launched.

As Russia’s Defense Ministry reported, strategic missile-carrying submarines of the Northern and Pacific Fleets test-fired ballistic missiles from the Barents and Okhotsk Seas towards the Kura range in Kamchatka in the Russian Far East and the Chizha range in the Arkhangelsk Region in northern Russia.