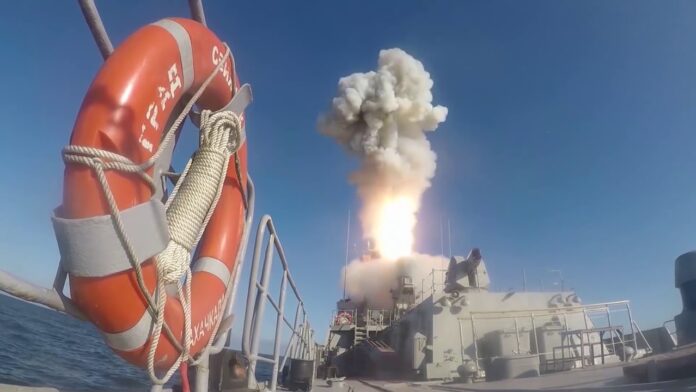 According to the reports of Russian Ministry of Defence, Submarines of Russia’s Northern and Pacific Fleets live-fired ballistic and cruise missiles during military exercise Grom-2019 (Thunder-2019).

“The strategic missile-carrying submarines of the Northern and Pacific Fleets test-launched ballistic missiles from the Barents and Okhotsk Seas towards the Kura practice range in Kamchatka and the Chizha training ground in the Arkhangelsk Region,” the ministry said in a statement.

Also, “the surface ships of the Northern Fleet and the Caspian Flotilla launched Kalibr precision cruise missiles from the Barents and Caspian Seas against coastal targets,” the statement says.

The team of a Yars mobile missile system successfully test-launched an intercontinental ballistic missile from the Plesetsk cosmodrome in Russia’s north against the Kura range in Kamchatka in the Russian Far East, the ministry said.

“The team of the Yars mobile missile system launched an intercontinental ballistic missile from the Plesetsk State Testing Cosmodrome against the Kura range in Kamchatka,” the statement says.

The exercise with the strategic deterrence forces took place as part of the Thunder-2019 drills that are running under the command of Russia’s Supreme Commander-in-Chief Vladimir Putin.

“The tasks assigned during the training of the strategic deterrence forces have been accomplished in full and all the missiles have reached the targets, thus confirming their stated characteristics,” the statement says.

According to the data of Russia’s Defense Ministry, Tu-95MS strategic bombers were involved in the drills to launch airborne cruise missiles against ground targets at the Pemboi training ground in the Republic of Komi in the Urals and the Kura range in Kamchatka.

Russia’s National Defense Management Center exercised control of the cruise and ballistic missile launches. “The drills checked the preparedness level of military command centers and the skills of work of the commanding and operational staff to organize command and control of subordinate troops (forces),” the Defense Ministry said.