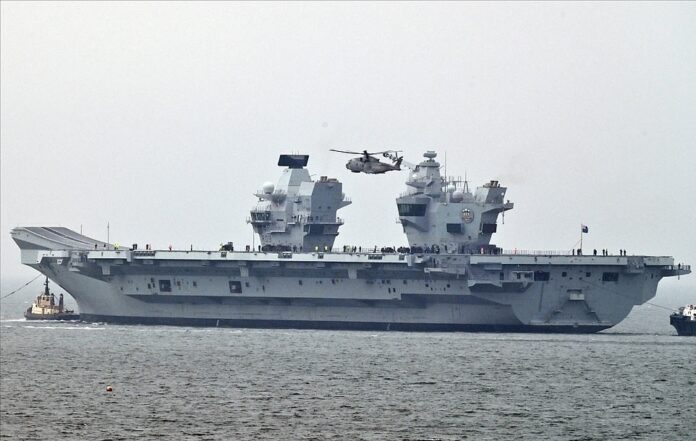 Passing under Forth’s three iconic crossings, which will have to lower the main mast and out into the North Sea, means that the two largest warships ever built for the Royal Navy will be at sea simultaneously.

Following her sea trials, HMS Prince of Wales (R 09) will sail to Portsmouth, where it will be formally commissioned in the presence of its Godmother, the Duchess of Cornwall, before the end of the year.

HMS Queen Elizabeth, the lead ship in the class, is currently in the North Atlantic preparing for operational training with UK F-35B Lightning jets for the first time – paving the way for front-line duties by Prince of Wales in the future.