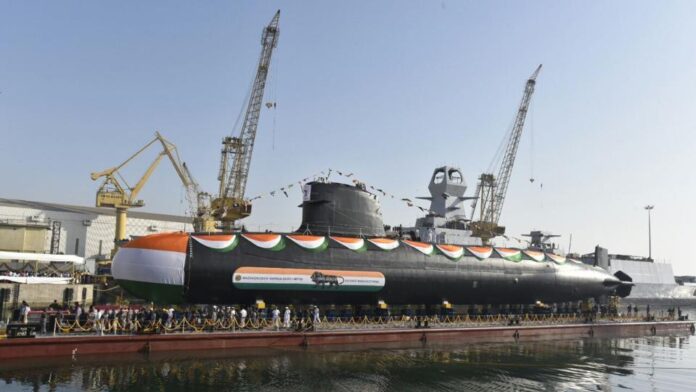 India’s Mazagon Dock Shipbuilders Limited (MDL) has delivered another licence-built Kalvari (Scorpène)-class diesel-electric submarine (SSK) to the Indian Navy. She will be will be commissioned into service by Defence Minister Rajnath Singh on September 28 in Mumbai.

Though being commissioned a few months behind schedule, it is reliably learned that the boat is in a much better state than her predecessor (combat role wise) and all her outstanding defects and trials have been completed. According to the Indian navy officials, It may be recalled that Kalvari, the first of the class, at the time of commissioning had completed and achieved around 70-80% of what Khanderi has achieved. The boat has been tested at all possible permutations and combinations of the operational envelope up to the max designed limits/ depths.

Khanderi is capable of offensive operations spanning across the entire spectrum of Naval Warfare. She embodies cutting edge undersea technology and compares favourably with the best in the world. She has an overall length of 67.5 meters and a height of about 12.3 meters. The hull form, the fin, and the hydroplanes are specifically designed to produce minimum underwater resistance. Her 360 battery cells (each weighing 750 kg) power the extremely silent Permanently Magnetised Propulsion Motor. Her stealth is further enhanced through the mounting of equipment inside the pressure hull on shock absorbing cradles.

The first Scorpene-class submarine INS Kalvari was commissioned into the Navy by Prime Minister Narendra Modi in December 2017.

Here is the video of INS Khanderi published by Financial Express;