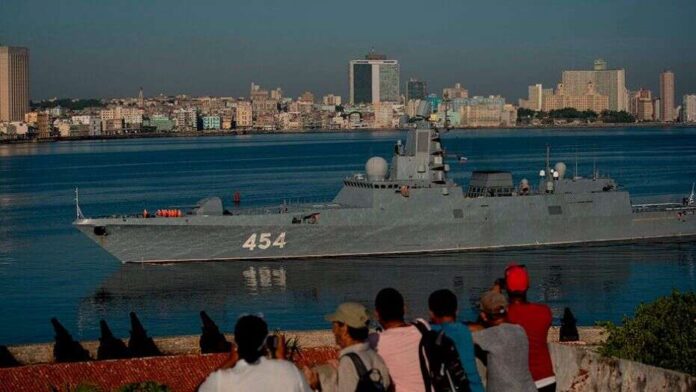 Earlier this week, a Russian task force flagged by Russia’s first-in-class frigate Admiral Gorshkov arrived in Havana. Admiral Gorshkov was joined by support vessel Elbrus and salvage tug Nikolay Chiker. The Admiral Gorshkov pulled into Havana on Monday (June 24), the latest stop on the around-the-world tour that kicked off on February 26 in St. Petersburg, Russia.

Russian ships activities are being monitored by the US Navy, according to a statement of US Northern Command.

Both countries showed soft powers to each other by visiting a port at the backyard and replying by shadowing.

Admiral Gorshkov is 426 feet long and displaces approximately 4,500 tons. The frigate is armed with one 130-millimeter A-192M Armat naval gun, eight SS-NX-26 Yakhont anti-ship missiles, and the Hurricane surface-to-air missile system. According to reports, the ship is also equipped with BrahMos anti-ship missiles.