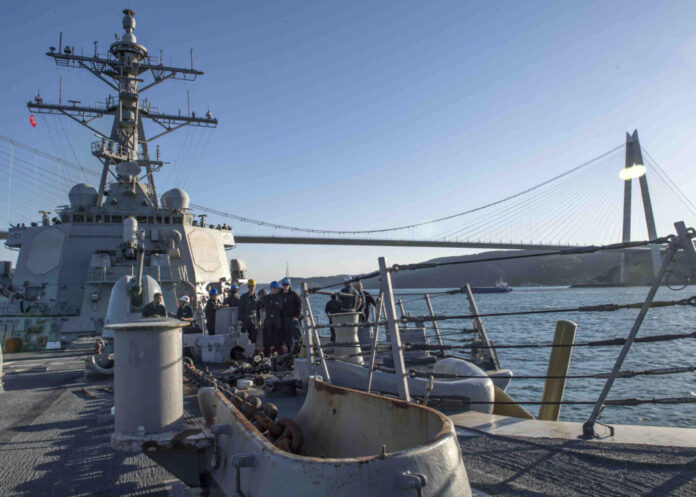 Carney will participate in the U.S.- and Ukrainian-led multinational exercise Sea Breeze 19 to strengthen interoperability operations in the Black Sea with NATO allies and partners and demonstrate collective solutions to Black Sea security under Operation Atlantic Resolve.

The U.S. Navy routinely operates in the Black Sea consistent with international law, as well as with the Montreux Convention.

Carney, forward deployed to Naval Station Rota, Spain, is conducting naval operations in the U.S. 6th Fleet are of operations in support of U.S. national security interests in Europe.

U.S. 6th Fleet, headquartered in Naples, Italy, conducts a full spectrum of joint and naval operations, often in concert with allied, and interagency partners, in order to advance national interests and security and stability in Europe and Africa.