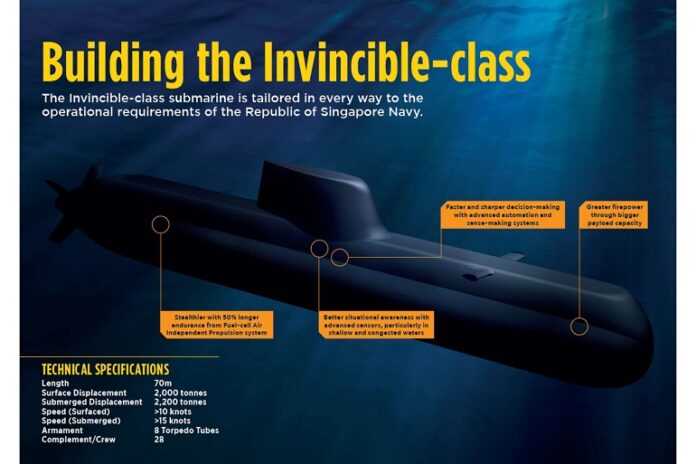 Speaking to reporters after the launch ceremony in Kiel, Singapore Defence Minister Ng Eng Hen said the acquisition of the submarines was “timely”, with the maritime environment around Singapore facing security challenges and other Asian countries increasing their defence spending.

The 70-metre long vessel, christened the Invincible, is the first of four new submarines custom-built to Singapore’s needs. Among other things, they will possess longer endurance and greater weapons-carrying capacity.

The new submarines will replace the Republic of Singapore Navy’s (RSN) current Archer-class and Challenger-class submarines.