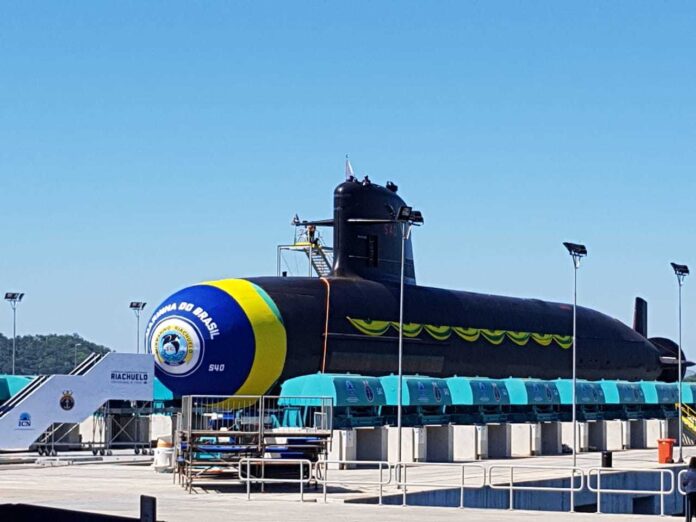 Brazilian Navy’s new submarine, Riachuelo (S-40), is in the final preparations for the sea trials with a month latency, according to Brazilian domestic press.

Riachuelo will carry out initial tests of several systems (propulsion, navigation, communication systems etc.) at port until its first departure to sea. At a later stage of sea testing, the launch of the F21 heavy torpedo manufactured by the Naval Group and a mock-up of the Exocet SM39 Block 2 Mod 2 anti-ship missile manufactured by the MBDA is also planned.

The Riachuelo Submarine, first of four Scorpène-class conventional attack submarines ordered by the Brazilian Navy under the Prosub Submarine Development Program of the French Naval Group, was launched on December 14, 2018, with a ceremony held at the Itaguaí Naval Complex.