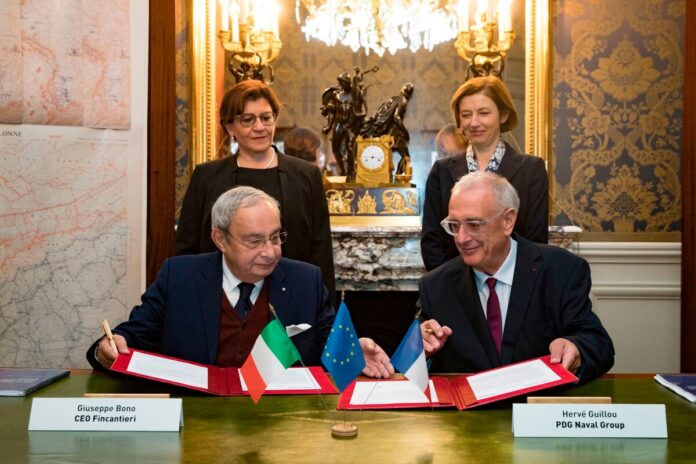 The new naval-mechanical collaboration between Italy and France is planned to be established by the end of the year.

Following the announcement in mid-June , and pending the definition of the operating terms for the joint venture, the Italian shipbuilding group Fincantieri and the French naval company Naval Group announced the name of the new company: “Naviris”. The establishment of the joint venture is expected, as planned, by the end of the year.

A new step forward towards quality know-how, underlines Fincantieri in a note. The name was presented in Genoa during the last steering committee , which meets alternately each quarter in France and Italy, by Giuseppe Bono and Hervé Guillou, the CEOs of Fincantieri and Naval Group.

“The alliance represents a great opportunity for both groups and their ecosystems to improve their ability to serve their respective national navies – continues Fincantieri -, to acquire new export contracts, to develop new technologies and, ultimately, to increase the competitiveness of the naval sectors of the two countries.

The company will have its headquarters in Genoa, an office in Ollioules, in Provence and should be operational by the end of the year, with associated antitrust authorizations. Approved by the respective boards of directors, it substantiates the contents of the “Poseidon” project and paves the way for a project to strengthen military naval cooperation between France and Italy.

The agreement was signed in June by the CEOs of Fincantieri and Naval Group, Giuseppe Bono and Hervé Guillou, on board the frigate Federico Martinengo, moored at the Arsenal of the Navy of La Spezia, unit of the Italian-French FREMM program. Fincantieri and Naval Group will share the planning, construction, research and optimization of supply costs for the plants. Governance will also be governed by a shareholders’ agreement and provides for a board of six members with equal appointment.

For the first three-year term, Fincantieri will express the president andchief operational officer , while Naval Group is the chief executive officer and chief financial officer . In the Board, confirming the strategic value that Fincantieri and Naval Group attribute to this operation, Bono will sit, assuming the position of chairman of the joint venture, and Guillou.

It’s likely that we will hear about NAVIRIS a lot at next year.