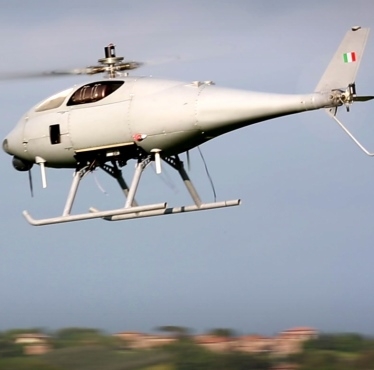 Leonardo to lead OCEAN2020 program, the first and most important EU Defence Agency research tender for naval surveillance technology
Leonardo was awarded the most important project related to the first European Defence Found’s initiative, OCEAN2020, to boost Europe’s defence capabilities, issued by the European Union under the ‘Preparatory Action on Defence Research’ programme. The competitive selection was conducted by the European Defence Agency and will be contracted in the coming weeks.
The OCEAN2020 team, which will be led by Leonardo, comprises 42 partners from 15 European countries. These include the Ministries of Defence of Italy, Greece, Spain, Portugal and Lithuania, with additional support from the Ministries of Defence of Sweden, France, the United Kingdom and Estonia and the Netherlands. European industrial partners include Indra, Safran, Saab, MBDA, PGZ/CTM, Hensoldt, Intracom-IDE, Fincantieri and QinetiQ. A number of research centres include Fraunhofer, TNO, CMRE (NATO) and IAI.
OCEAN2020 is the first example of a cross-European military research programme to-date.
OCEAN2020 will see unmanned platforms of different type (fixed wing, rotary wing, surface and underwater) integrated with naval units’ command and control centres, allowing for data exchange via satellite, with command and control centres on land. The joint and cooperative use of both manned and unmanned vehicles will also be demonstrated as part of the project.
The first demo, scheduled to take place in the Mediterranean Sea in 2019, will be coordinated by the Italian Navy and will see Leonardo’s ‘Hero’ and ‘Solo’ unmanned helicopters operate from Italian naval units alongside other European partners. The second demonstration, which will take place in 2020 in the Baltic Sea, will be coordinated by the Swedish Navy. The data collected by various systems during these two demos will be processed and sent to a prototype European command and control centre in Brussels.