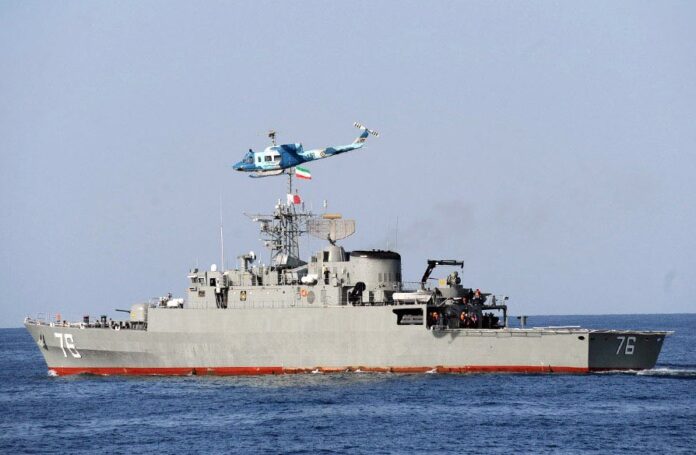 Iranian Revolutionary Guards termed it human error due to incorrect manoeuvre during a training exercise. There is no official statement made by the Iranian Navy yet.

The initial reports suggest the missile firing was a mistake, however unconfirmed reports that the mistake cost more than 20 lives so far.

UPDATE: The IRGC-affiliated Tasnim News Agency reported that 19 soldiers were killed and 15 others wounded in the accident happened on yesterday (10th May). Two of the wounded are in intensive care units. The others are in stable condition, according to the Iranian Fars News Agency. The Iranian military stressed that the incident was being investigated by “expert teams” and that “any speculation” about the incident should be avoided.

Some reports indicated that the Konarak had brought a target to the area for a test launch of a cruise missile, but was not completely out of the way before the missile was filed. The Konarak vessel is considered a light support vessel and can carry dozens of crew, but it is unclear how many personnel were on board.

UPDATE-2 (11 May 2020, 13:30 GMT) : Latest photos of Iranian vessel Konarak which was hit by Iranian frigate Jamaran. As we see at the photos, all superstructure is gone.

Iranian sailors who lost their lives with friendly fire:

Iranian state media have put out a video allegedly showing the Iranian navy vessel hit by friendly fire in which 19 sailors have been killed and 15 injured. Here is the video of burning vessel ;