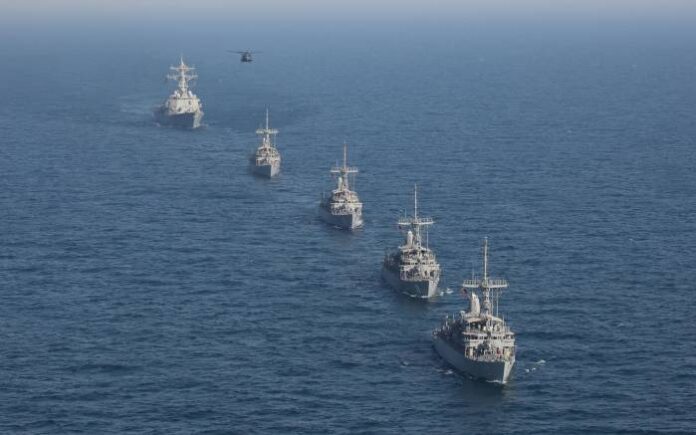 The commander of Iranian navy has stated on 30 th November that joint Iranian, Chinese and Russian naval exercises in the Indian Ocean between December 22, 2019 – January 20, 2020, as tensions rise with the United States and Arab Gulf countries.

In a press conference, Rear Admiral Hossein Khanzadi told reporters that the Iranian navy would be participating joint exercises alongside the Chinese and Russian navies, in the southern waters in the Indian ocean

“The aim of those exercises is to ensure collective security and help boost the security in the northern part of the Indian Ocean, where various incidents, including pirate attacks, are taking place,” he added.

Delegations from the three nations drafted a preliminary plan of the drills in October.

Russian Foreign Minister Sergey Lavrov said on October 2 that during the upcoming exercises, Russia, China and Iran are intended to train anti-terrorism and counter-piracy efforts. Earlier, Iranian Foreign Minister Mohammad Javad Zarif said those drills should not be viewed as a display of hostility to any other country.