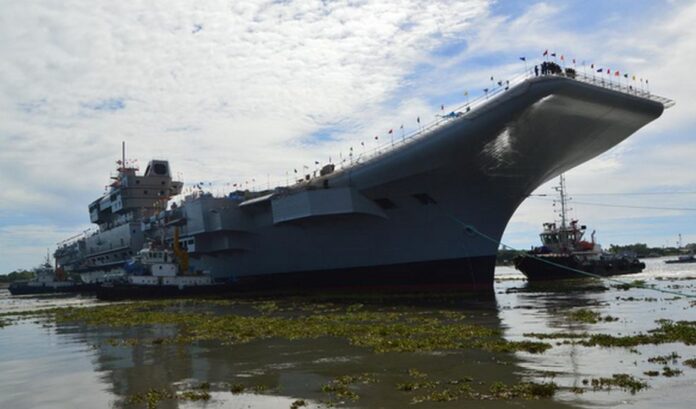 The construction of India’s first Indigenous Aircraft Carrier has reached the final stages. The engines onboard INS Vikrant being constructed at Kochi have been fired up, and the Indian Navy is starting on the next step of basin trials. The trials will be conducted in February-March next year and the warship is expected to be delivered to the Indian Navy by 2021.

The construction of Vikrnt was expected to be completed by 2018. The long-delayed project is now back on track, and according to the officials of Indian Navy the 37,500-tonne aircraft carrier will initially operate MiG 29K fighters and could also feature indigenous combat aircraft.

The aircraft carrier is expected to be commissioned into the Indian Navy in 2022.

The carrier, the largest ever warship to be constructed in an Indian yard, is now in its final phase of construction and the Navy could consider operating a limited number of the maritime version of the Light Combat Aircraft (LCA) once it gets fit for service, said people aware of the matter.