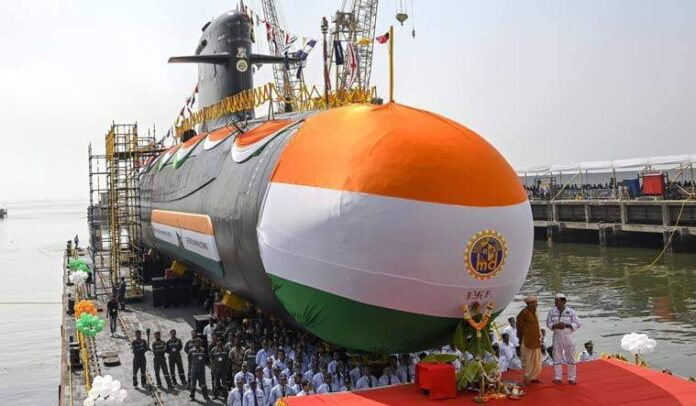 Seeking to boost the Indian Navy’s firepower, the Indian Defence Ministry has issued a tender worth over Rs 2000 crore (291m USD) for buying around 100 heavyweight torpedoes which would be equipped on the force’s six Scorpene-class submarines being built at the Mumbai-based Mazagon dockyards.

The French-origin Scorpene submarines are being built in India at the Mazagon Dockyards Limited (MDL) and have now been named the Kalvari class. The first boat of the class called INS Kalvari has already been inducted into the Indian Navy and is carrying out operational duties.

As per the details of the project, the immediate requirement of the Navy for heavyweight torpedoes would be met by the acquisition to be made through the foreign vendors while the long-term bulk requirement would be fulfilled through the ‘Made in India’ route.

Global manufacturers from France, Sweden, Russia and Germany have been issued tenders for the heavyweight torpedoes for the Indian Navy.

Torpedoes are a sub’s main weapon system for attacking or defending against enemy attack submarines and surface combatants. According to a number of Indian media reports, the INS Kalvari is currently armed with an upgraded version of German-made AEG SUT 264 torpedoes as a stopgap measure. (The service’s four Shishumar-class SSKs also carry the SUT torpedo.)

The Indian Navy has to date not publicly commented on these reports. However, the INS Kalvari deployed during a military crisis between India and Pakistan in February and March of this year. It is highly unlikely that the SSK was dispatched to the Indian Ocean unarmed. The Navy has a remaining stockpile of around 60 SUT torpedoes.