navalpost
Home Uncategorized India Could Soon Set Up A Military Base In Oman. 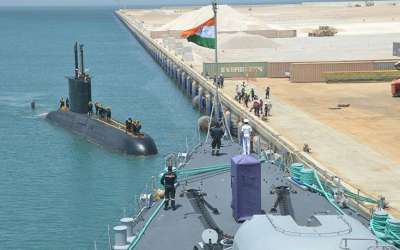 Just days after signing an agreement with Seychelles to develop ‘military infrastructure’ on one of its strategically located islands in the western Indian Ocean, India could have a similarSeychelles arrangement with Oman, ThePrint has reported.

According to the daily’s report, the proposal for a military base in the strategically located nation in the Persian Gulf – one of the busiest shipping lanes in the world – is under consideration at the highest levels of the government. Prime Minister Narendra Modi will be in Oman next week as part of his west Asia tour.

The report also says that India could soon sign a defence logistics agreement with France, just like the Logistics Exchange Memorandum of Agreement (LEMOA) with the United States. The agreement, the report says, will enable Indian naval ships to accesses strategically important French base in the Reunion Islands near Madagascar and in Djibouti, where China has set up its first foreign military base.

India is also set to develop military infrastructure on Mauritius’ Agalega island. The development of bases in the Indian Ocean and agreements such as LEMOA will give India a string of facilities that it can use to project power in the entire Indian Ocean. This is important in view of China’s increasing presence in the region.