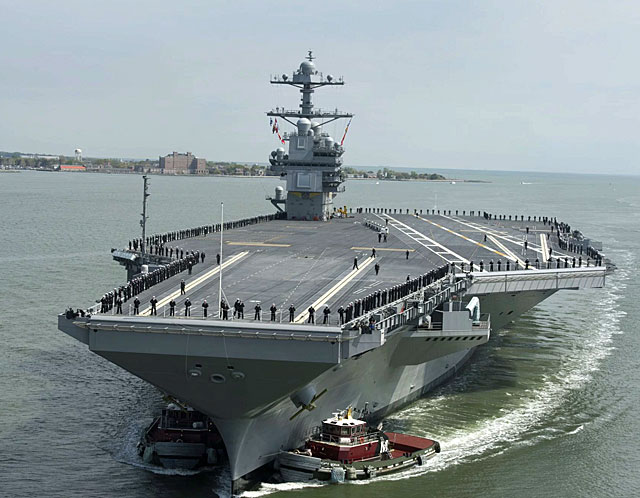 Huntington Ingalls Industries has been awarded a contract in support of new material for the USS Enterprise, a future Gerald R. Ford-class aircraft carrier.

The deal, announced by the Department of Defense, will allow the company to produce new long lead time material for the U.S. Navy ship.

The contract comes under the terms of a not-to-exceed $200 million undefinitized fixed-price, incentive firm target modification to a previously awarded contract for continued design and fabrication on the ship.

Work will be performed in Newport News, Virginia and is expected to be completed be February 2027.

Fiscal 2018 shipbuilding and conversion funding amounting to more than $200 million will be obligated at the time of award and will not expire at the end of the year.