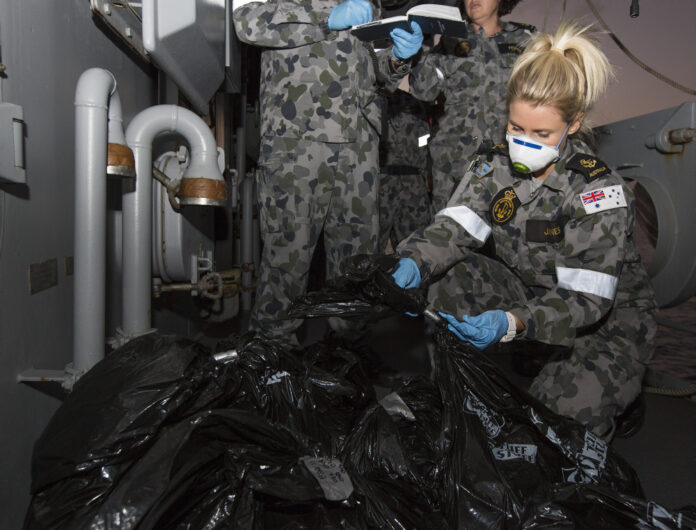 HMAS Warramunga continues operational success
Royal Australian Navy frigate HMAS Warramunga seized 111 kilograms of heroin valued at $33 million during operations in the Arabian Sea on 7 January 2018.
This is the third successful interdiction for Warramunga in the past fortnight, taking the ship’s total seizures to more than 11.5 tonnes of hashish and 180 kilograms of heroin and a total approximate value of $629 million.
The operation was carried out under the direction of the Combined Maritime Forces’ Australian-led Combined Task Force 150, after the suspect vessel was assessed to be engaged in possible illegal activity.
Commanding Officer of Warramunga, Commander Dugald Clelland said the ship’s company was very proud of its contribution to the mission in recent weeks.
“This seizure was the result of a complex operation involving thorough analysis of historical information, careful surveillance and hard work by the boarding party,” Commander Clelland said.
After being transferred to Warramunga, the narcotics were disposed of at sea.
Warramunga is deployed to the Middle East on Operation MANITOU, Australia’s commitment to maritime security and stability in the region, including the Combined Maritime Forces.