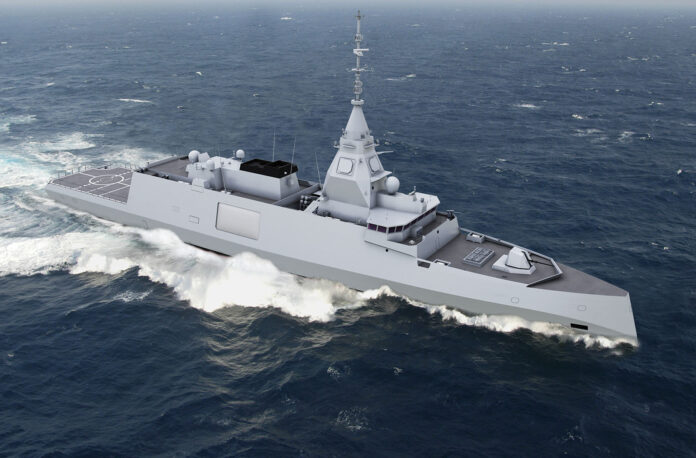 By Periklis N. Zorzovilis, President of the Institute for Security & Defence Analysis (I.S.D.A.)

For the last 15 years, both those directly involved (political leaderships – personnel of the Hellenic Armed Forces) with national defence and the public (taxpayers who are always called upon to pay the cost), have witnessed an effort to renew and upgrade the major surface units of the Hellenic Navy.

It goes without saying that the country’s bankruptcy, which was formalized in 2010, has been a key factor in the stagnancy of the issue as defense spending has fallen sharply over the last decade (around 40%).

The changes in the countries security environment have made the effort agonizing.

However, for a number of reasons (below are the two most important ones), the agony does not justify the unorthodox practices followed by the previous SYRIZA – ANEL government and which, unfortunately, the current government continues.

First, agony is not going to cure the almost complete suspension of the armament procurement programs of the Hellenic Armed Forces for fifteen years.

The analysis and critique of the reasons that imposed the stagnancy (even if they are obvious, such as the bankruptcy of the country), is now of little importance, as a fait accompli has been created which is in fact the basis for any plans.

Secondly, because even if the process is implemented with lightning speed, the delivery of the new frigates will take place after several years, and their operational utilization will require even more time.

Consequently, the “window of vulnerability” created by the economic crisis and any inaction of successive Greek governments will not be addressed in the present time and the immediate future.

The last two years we have witnessed a farce where the acquisition of a certain type of major surface units is initially presented as “being in the pipeline” and then suddenly the type changes and the procurement takes a new course again until a new candidacy appears.

In 2018, after about 10 years of interruption due to the financial crisis, while government-to-government negotiations were taking place (acquisition or leasing) with France for the FREMM frigates, the Belh@rra frigates suddenly appeared in the spotlight. In October 2019, the current government signed a Letter of Intent for their procurement.

But in recent months, and especially after the Prime Minister announced the acquisition of the Dassault Rafale fighters from France with a government-to-government agreement, the Belh@rra appear to have been replaced by the American (Lockheed Martin) MMSC (Multi-Mission Surface Combatant) design.

In any case, in the respective time-period, the preferred type is presented to the public, as the absolute “superweapon”, as the new “AVEROF”, which will impose the Greek naval dominance in the Aegean and the Eastern Mediterranean.

This is a systematic cultivation of a dangerous myth. In today’s battlespace, the operational result is not effected by a single weapon system even if it is of high potential.

The taxpayer is informed by the media (since official announcements are almost non-existent) about candidacies, costs, and all the arguments (business – technical, political, geopolitical) that support the procurement of each type.

According to what has come to light:

> Two Belh@rra-class frigates were initially offered at a price of € 3.9 billion (€ 3.2 for the ships and € 680 million for financing), including weapons, combat systems and follow-on support.

> Four MMSCs which are priced at around € 4 billion (per platform price around € 550 million), including weapons, combat systems and follow-on support.

> The dynamic appearance of the MMSC candidacy pushed the French side to submit a new proposal for four Belh@rra-class frigates at a price of € 4 billion.

> British Type 31 frigates are offered at a price of € 500 – 550 million per unit. It is noted that the repeatedly stated goal of the United Kingdom Ministry of Defence is the unit cost of Type 31 not to exceed GBP 250 million (€ 279 million) to which should be added the cost of equipment that will be supplied directly by the government (GFE: Government Furnished Equipment).

It should be noted here, that the above costs are in fact indicative as weapons, sensors, combat management system, etc. are an important parameter in shaping the final cost.

Provided that the above correspond to some extent to the actual data, we can observe and ask the following:

> What is the reaction of the political and military officials who negotiated (or continue to do so) the Belh@rra-class frigates to the drastic change in French pricing policy? What kind of conclusions are they drawing?

> Do they now understand the axiomatic truth that only COMPETITION brings the best results for the buyer?

> What is the general procedural framework for the submission of the aforementioned bids? For example, do bids respond to a Request For Information (RFI) or a Request For Proposals (RFP)? If so, when did the process was officially launched?

Unfortunately, the above shows that the procedures provided by National Defense Planning are not systematically followed.

On the contrary, it seems that a decision is taken at the highest political level and then the procedures are adapted in order to be “legitimized” in the legal-procedural framework that determines the procurement of defense equipment.

The painful comparison with the past

Yet about 12 years ago, in September 2008, the Navy (and consequently the Ministry of Defense / Government) approach to the new frigate procurement program was so different and incomparably more systematic.

The images accompanying this note are slides of a presentation organized by the Armaments Directorate of the Hellenic Navy General Staff (GEN / DEX) to inform the media accredited to the Ministry of National Defense.

It is easy to see that even at the level of information the comparison with today is catalytic. The first slide (Figure 1) briefly describes the priorities of the Hellenic Navy’s armaments program and the subsequent slides present the main points of each program.

At the top of the priorities is the acquisition of six new frigates with Area Air Defense capabilities.

The list presented in the relevant slide (Figure 1) is a holistic approach (regardless of whether one disagrees or agrees with its content).

With the supply of six area air defence frigates, four modernized MEKO-200HN class (it is tragic that 12 years after this program has not yet been implemented) and six modernized Standard-class frigates, the Navy would be able to form task forces with strong capabilities in area air defence, anti-submarine warfare, and surface warfare.

As for the new frigates, as shown in the relevant slides (Figures 2, 3, 4 and 5), Area Air Defence was a high priority as an operational requirement of the Hellenic Navy.

Does the same operational requirement continue to have the same priority, today?

If so, which of the candidates, which, according to the information that has become known, have been submitted as proposals, meet the aforementioned operational requirement?

The Greek (and international) experience proves that it is by definition infinitely preferable for the Navy, the taxpayer, national defence, and the country in general, the acquisition of major weapons systems to be implemented through a competitive process.

Exceptions may exist, but they will only be a confirmation of the rule.

Of course, political – geopolitical, economic and industrial parameters should be taken into account in the evaluation and selection, but this does not negate the multiple advantages offered by competition between candidate suppliers and countries.

The acquisition of a major surface unit with “superweapon” characteristics, i.e. a factor that alone will reverse the correlation of power with an opponent, is a fantasy. By definition, each platform – weapon system, is a point of combination of operational requirements and economic, technological, and industrial capabilities. However, even if unlimited financial resources were available, it is far from certain that the result would be the desired “superweapon”.

The MEKO A-200 is also a general-purpose frigate, the most advanced member of the family of the same name, which should be noted, is intended exclusively for export users (the German Navy never introduced into service frigates of the MEKO family).

The MMSC design is a Freedom class derivative Littoral Combat Ship (LCS), designed to meet specific requirements of the US Navy’s operational architecture as it was developed geopolitically in the early 2000s.

We are therefore led to the painful conclusion that IF the Hellenic Navy continues to have area air defence as its main operational requirement, then the candidates are for ships that are simply NOT designed to meet it.

It should also be noted here, that trying to incorporate some changes to meet all or some of the specific requirements does not negate the aforementioned reality but adds significant costs, which are borne by the buyer.

Finally, we must point out a critical parameter that the Hellenic Republic systematically appears to ignore in the procurement of major weapons systems.

For each of the four candidate suppliers / countries, the Hellenic Navy’s choice of the design is crucial to the future of the program and its prospects on the global market.

The following table, which presents the contracts (based on open source information) awarded for each design, proves the validity of the argument:

It is easy to realize that in the case of Belh@rra, MMSC, and Type 31, any choice by the Hellenic Navy almost doubles the number of contracts awarded and at the same time adds momentum to the program’s career on the global market.

Even in the case of the MEKO A200, which presents by far the best commercial performance of the other three designs, which appeared on the international market later, the choice by the Hellenic Navy – a NATO member, offers for the manufacturer a significant commercial advantage on the international market. It should be noted that the award of the MKS-180 program to the Dutch group Damen, caused strong shocks in the German surface combatant shipbuilding industry.

> The procurement of new frigates for the Hellenic Navy must be part of the overall strategy for the development of the operational capabilities of the Service, the vision/planning for its future development. Unfortunately, no official announcements have been made about this general strategy. The adoption of following the traditional path is not the safest and most efficient solution, especially in the current period, where, unfortunately, developments have overtaken us and the economic situation remains fragile.

> By definition, a strictly competitive process will compress costs and maximize benefits for the buyer. At the same time, it will allow the user, the Hellenic Navy, to study in depth and evaluate the technologies and solutions proposed by prospective suppliers.

> The competitive process does not prevent the inclusion of political – geopolitical, industrial and technological parameters, as it is subject to the discretion of the respective government to include them in the evaluation with whatever weight it decides, in order to reach the final choice. The government for political – geopolitical, industrial, technological, and economic reasons can choose any design it deems, but in any case, it must be clear and recorded to what extent the requirements of the user are met, so that we know the reasons for what exactly we will procure.

> The continuous rehashing, without any official announcements or any procedure being announced, of various designs that have been selected or are said to have been selected as the new Hellenic Navy frigates, and the indications that the Navy is afterwards called upon to support technologically – institutionally the respective, undermine the integrity of the process in the public perception and damage the institutional prestige of the Navy.

*Battleship (actually a modified Pisa-class armored cruiser) Georgios AVEROF victories in the naval battles at Elli (3 December 1912) and Lemnos (5 January 1913) against the Ottoman Navy, imposed the undisputed Greek control of the Aegean Sea.