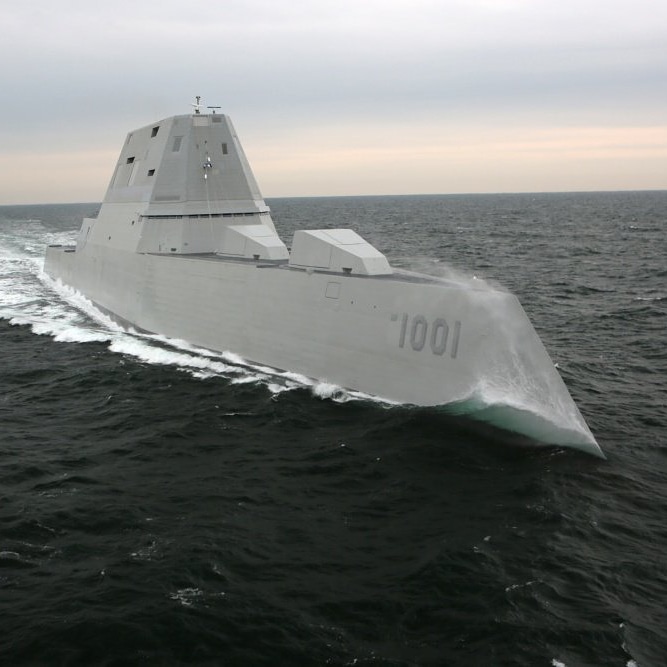 California Congressman Scott Peters will deliver the commissioning ceremony’s principal address. Mrs. Sally Monsoor, Michael’s mother, will serve as the ship’s sponsor. The ceremony will be highlighted by a time-honored Navy tradition when Mrs. Monsoor will give the first order to “man our ship and bring her to life!”

Capt. Scott Smith is the commanding officer of the ship and leads the core crew of 148 officers and enlisted personnel. The nearly 16,000-ton Michael Monsoor was built by General Dynamics Bath Iron Works in Bath, Maine. The ship is 610 feet in length, has a beam of 87 feet, and a navigational draft of 27 feet. The ship is powered by two Rolls-Royce main turbine generators, two Rolls-Royce auxiliary turbine generators, two 34.6 MW advanced induction motors to speeds up to 30-plus knots.

DDG 1001 is the second Zumwalt class destroyer to enter the fleet. It honors Petty Officer 2nd Class Michael Monsoor, a Navy SEAL who was posthumously awarded the Medal of Honor for his heroic actions in Ramadi, Iraq, Sept. 29, 2006. At the ship’s 2008 naming ceremony, former Secretary of the Navy, Donald C. Winter recognized Monsoor as, “a consummate professional who faced terrorist enemies with aplomb and stoicism.”

Zumwalt-class destroyers maximize stealth, size, power and computing capacity –fielding an array of weapons systems and cutting-edge technologies to fight forces in the air, on and under the sea, and on land.

USS Michael Monsoor will be homeported at Naval Base San Diego, California.