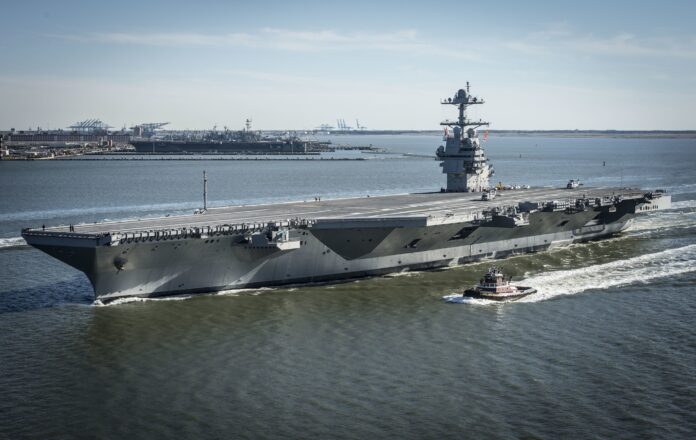 Raytheon Company and the U.S. Navy have successfully completed the first-ever, live fire test of the latest generation of the Ship Self Defense System, or SSDS, Integrated Combat System on the Self Defense Test Ship. The test, conducted for USS Gerald R. Ford (CVN 78), the first of the Navy’s newest class of aircraft carriers, successfully engaged an unmanned aerial vehicle target off the coast of California.

The Ford was formally commissioned into the Navy on July 22, 2017, and is projected to be deployed around 2020, following further testing. The other class ships being built are the John F. Kennedy and the Enterprise. Also, the unnamed CVN 81 is planned.

The Ford class of ships are the first new design for an aircraft carrier since the Nimitz-class debuted in 1975.