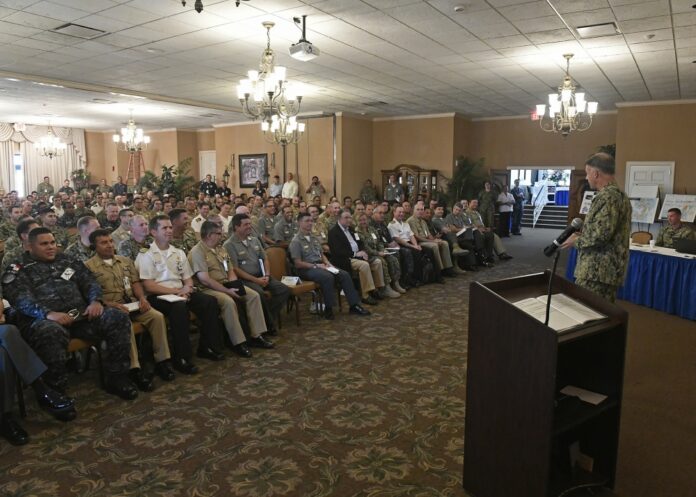 PANAMAX began in 2003 with three countries, Chile, Panama and the United States, and originally focused solely on the maritime security of the Panama Canal. Since that time, the exercise has grown to become the region’s largest coalition Command Post Exercise, ensuring the defense of the Panama Canal, which is one of the most strategically and economically crucial pieces of infrastructure in the world.

The main focus of PANAMAX 2018 is exercising a variety of responses to fulfil requests from the government of Panama to protect and guarantee safe passage of traffic through the Panama Canal, ensure its neutrality, and respect national sovereignty. This exercise is designed to conduct stability operations under in support of a fictitious United Nations Security Council Resolution, providing interoperability training for the participating multinational staffs, and building participating nation capability to plan and conduct complex multinational operations.