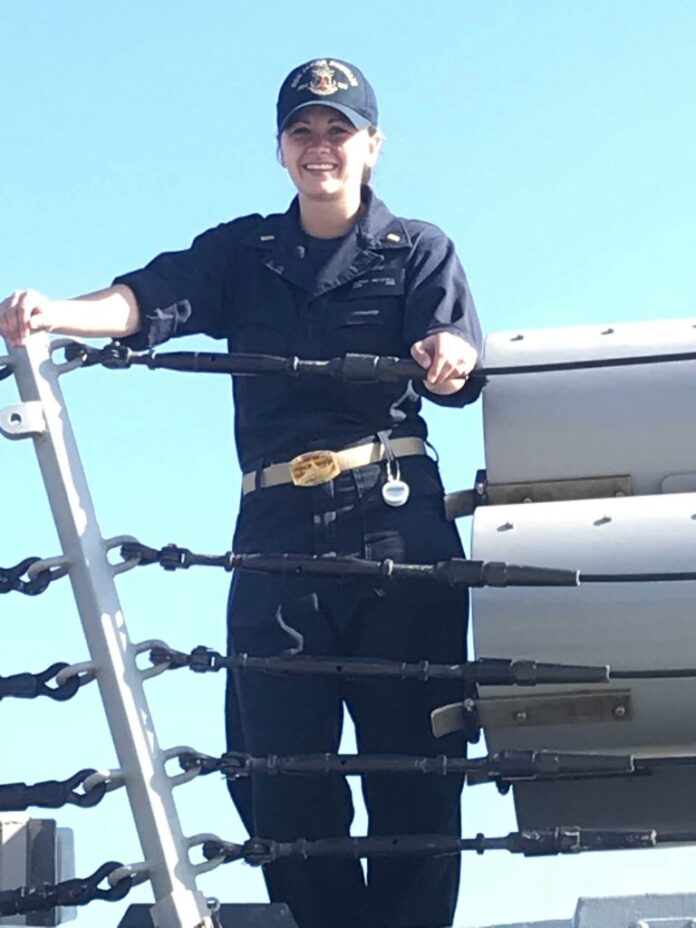 A U.S. sailor assigned to guided-missile destroyer USS Jason Dunham (DDG-109) has died from injuries following a Sunday (July 8) small-boat incident in the Red Sea.
The U.S. Navy on Monday evening identified the sailor as 23-year-old Ensign Sarah Mitchell, of Feasterville, Penn.
The sailor was medically evacuated to a hospital in Aqaba, Jordan, and was pronounced dead at 12:45 p.m., local time.
There is no evidence of foul play and the sailor died in a “non-hostile” environment, Pentagon spokesman Army Col. Rob Manning told reporters on Monday. “These losses are a solemn reminder that our business is inherently dangerous — but through training and pertinent planning, we always try to mitigate the risks to our personnel who are our most valuable asset,” Manning said.
The incident is under investigation.
Mitchell graduated from Virginia Tech in May of 2017 and reported to the destroyer on June 5, 2017, according to her biography.
Dunham is currently assigned to the Harry S. Truman Carrier Strike Group and departed its homeport at Naval Station Norfolk, Va. on June 2. The ship transited the Suez Canal on June 28 and entered the Red Sea. Earlier this month, the ship conducted operations with the Egyptian Navy.