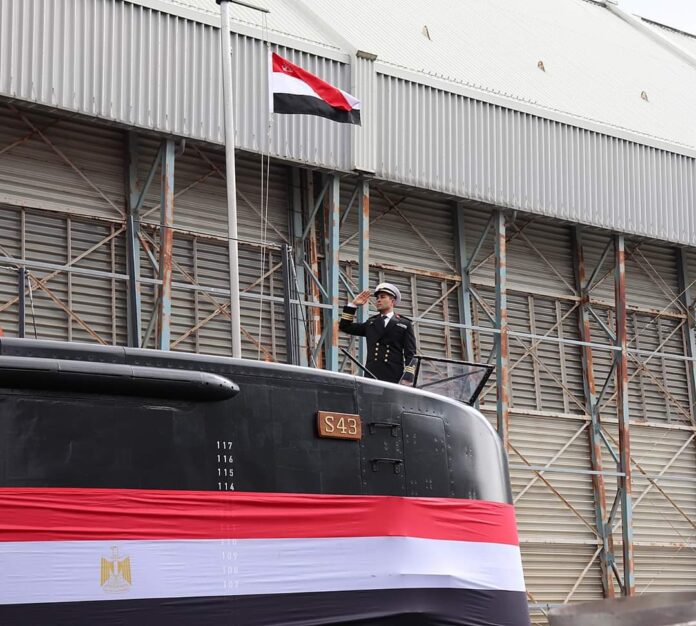 The Egyptian navy’s new S43 Type 209/1400 submarine arrived in Alexandria on Tuesday (May 5) from Germany, the Egyptian armed forces said.

The navy officially received the submarine in Kiel, Germany, in April.

It is the third submarine Type 209/1400 submarine Egypt has received so far in a deal that was signed with Berlin in 2011, originally to buy two submarines, then updated to add two more in 2014.

According to the armed forces, the new submarine held exercises with several “friendly countries” on the way to Egypt.

Speaking at the reception of the new submarine in Alexandria, the commander of the Egyptian naval forces, Vice Admiral Ahmed Khaled, said that the submarine had been acquired to protect Egypt’s territorial waters and its economic interests.

The submarines are manufactured by the German company ThyssenKrupp Marine Systems.