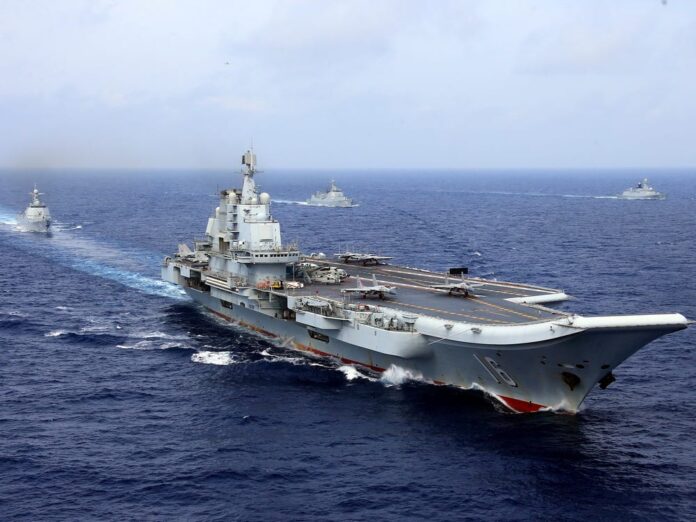 The Liaoning aircraft carrier task group has conducted a naval exercise in the South China Sea in late April. According to the Chinese specialists, the exercise aimed to show China’s determination against U.S. presence at the region.

During naval exercises, Chinese forces including fighter jets, aircraft carriers, warships and anti-submarine aircraft in the South China Sea, showing that the People’s Liberation Army of China is ready to cope with the U.S. presence in the region. The PLA Navy’s 35th Escort Task Group also conducted anti-piracy and live-fire training.

China has also used these recent drills to highlight the fact that its navy remains combat-ready and its crews are largely unaffected by the coronavirus pandemic.

The exercises have come as the U.S. has been increasingly sending warships and aircraft to the South China Sea.

While the U.S. hasn’t had an aircraft carrier strike group (CSG) in the region since the Roosevelt COVID-19 incident, the U.S. Navy has still maintained a presence. In late April U.S. Navy and Australian Naval vessels took part in joint operations in the South China Sea, while earlier this week the U.S. Air Force deployed four B-1B Lancers heavy bombers along with approximately 200 airmen from the 9th Bomb Squadron, 7th Bomb Wing back to Andersen Air Base, Guam to conduct strategic deterrence missions and reinforce the rules-based international order. The U.S. also reportedly flew B-1B bombers over the South China Sea and the East China Sea during the May Day holiday.