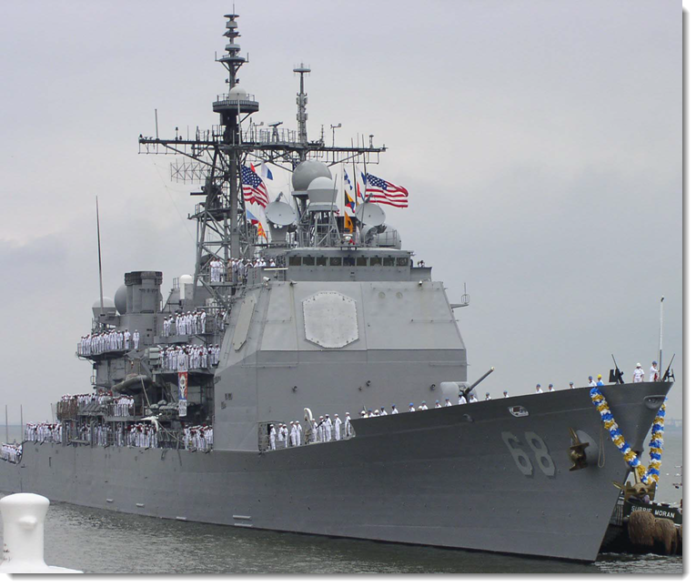 BAE Systems has received a $45.3 million contract from the U.S. Navy to modernize the guided missile cruiser USS Anzio (CG 68).
The Anzio will undergo six months of work at the company’s shipyard in Norfolk, Virginia, the ship’s homeport. The contract includes options that, if exercised, would bring the cumulative value to $53.1 million.
BAE Systems will perform ship alterations and miscellaneous repairs aboard the 567-foot-long Anzio, including the replacement of critical aluminium structures. The work is expected to begin in February and be completed in August 2018. The company’s Norfolk shipyard currently is performing the same long-term modernization work aboard the USS Vicksburg (CG 69).
The USS Anzio was commissioned in May 1992. The ship is the third East Coast-based guided missile cruiser to undergo the extensive repair and upgrade work under the Navy’s long-term cruiser modernization program. In addition to the Vicksburg, the company’s Norfolk shipyard began modernization work aboard the first East Coast ship in the program, the USS Gettysburg (CG 64). The company’s San Diego shipyard executed similar work aboard the USS Cowpens (CG 63).