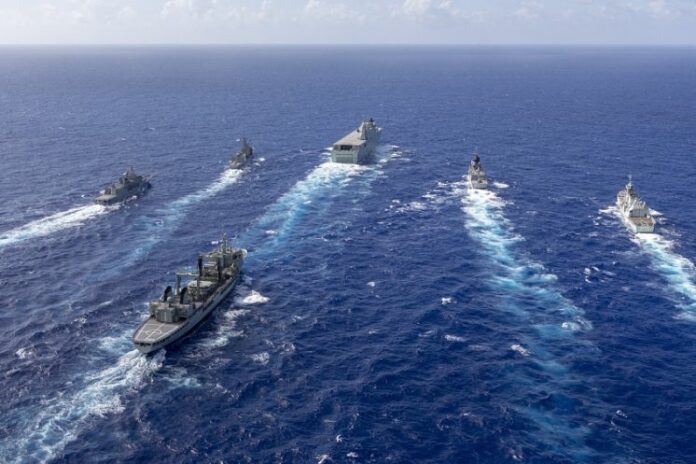 More than 1600 Australian Defence Force (ADF) personnel have arrived in the United States ahead of a month of focused military training activities with 26 nations from across the globe for Exercise Rim of the Pacific (RIMPAC) 2018.
The ADF has deployed HMA Ships Adelaide, Success, Toowoomba and Melbourne which have been part of the Indo Pacific Endeavour 2018 task group, one submarine, diving personnel, an amphibious landing force from the 2nd Battalion Royal Australian Regiment, and one P-8A Poseidon aircraft to RIMPAC.
Minister for Defence, Senator the Hon Marise Payne, said the exercise will provide valuable training with Australia’s partners and allies and a unique opportunity to test capabilities. “RIMPAC is the world’s largest maritime exercise and is a great opportunity for us to strengthen international partnerships, enhance interoperability and improve our readiness for a wide range of potential operations,” Minister Payne said.
Now in its 26th iteration, about 47 surface ships, five submarines, 18 national land forces, more than 200 aircraft and more than 25,000 personnel will participate in the US-led exercise in and around the Hawaiian Islands and Southern California from 27 June to 2 August.
Chief of Joint Operations, Air Marshal Mel Hupfeld, said that, along with TALISMAN SABRE, RIMPAC is the pinnacle of high end military exercises in the region.