navalpost
Home Technology/Modernization Another important day for the U.S. Navy. 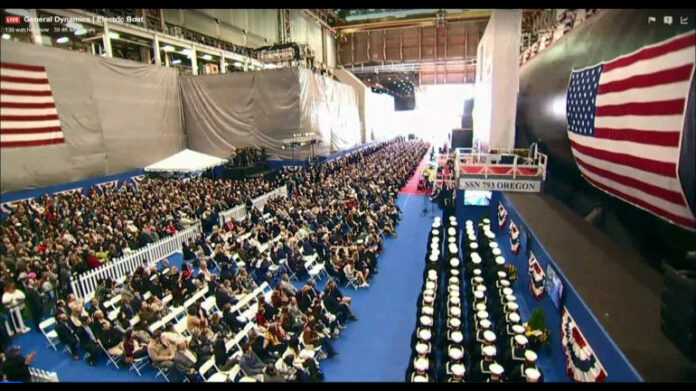 The USS Cincinnati is the 20th littoral combat ship. It was built by General Dynamics and Austal USA. LCS is a modular, reconfigurable ship, designed to meet validated fleet requirements for surface warfare, anti-submarine warfare and minecountermeasures missions in the littoral region.It holds up to 40 sailors and carries two MH-60R/S Seahawk helicopters and a MQ-8B Fire Scout unmanned autonomous helicopter.

Oregon (SSN 793) is the 20th Virginia-class attack submarine and the second Virginia-class Block IV submarine. The ship’s construction began in the fall of 2014, and it is expected to be delivered in the fall of 2020. The submarine is expected to cost about $2.7 billion. It is being built by General Dynamics Electric Boat shipyard. It is equipped with torpedoes and missiles, are designed to carry out a wide range of missions, including surveillance work and the delivery of Special Operations forces.