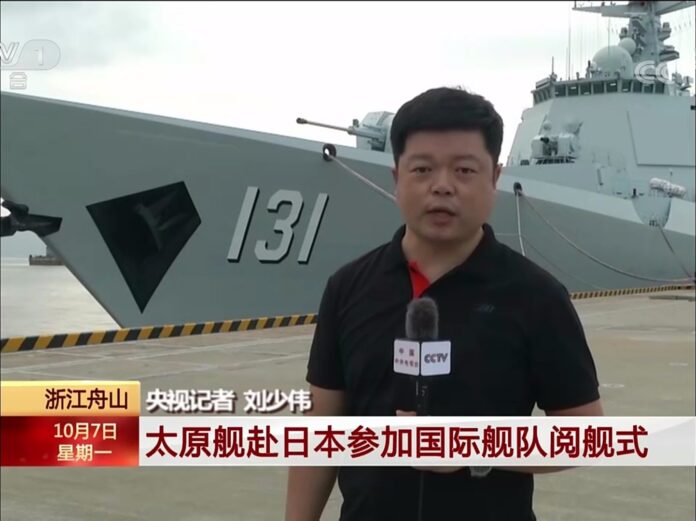 The Type 052D has a displacement of 7,500 tons.The destroyer included 200 crew members and one helicopter.

The Taiyuan is China’s 10th Type 052D destroyer and was first deployed last December. The destroyer’s commander said the Taiyuan’s deployment to Japan’s naval review will lead to “greater trust and understanding” between Asia’s largest economies.

China is seeking to improve ties with Japan at a time when Beijing is preparing for a new round of trade talks with the United States.