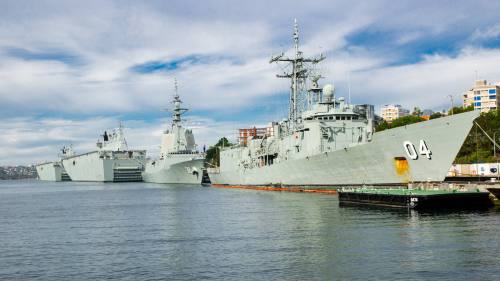 A Chinese warship will take part in multinational military exercises hosted by Australia in September in a sign of a possible diplomatic rapprochement between the two nations.
Canberra extended an invitation to Beijing last year for it to take part in Exercise Kakadu, naval manoeuvres that will involve 27 nations, including the US.
Beijing’s acceptance follows Washington’s decision in May to “disinvite” China from participating in its “Rim of the Pacific” naval exercises this year amid rising tensions between the two nations linked to North Korea and trade.
Marise Payne, Australia’s defence minister, said: “The government is committed to maintaining a long-term constructive relationship with China, founded on shared interests and mutual respect.”