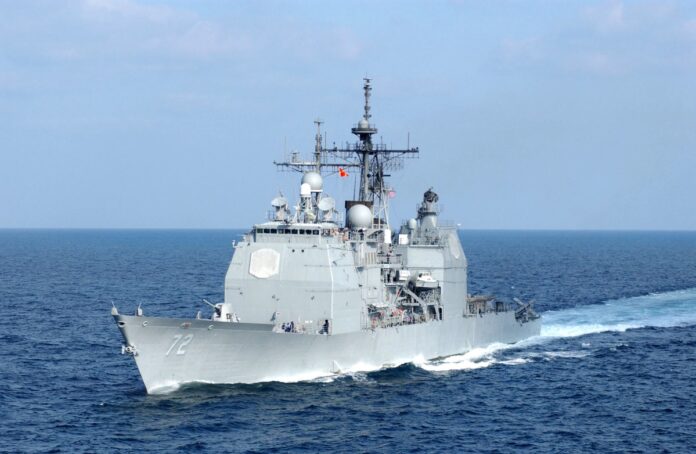 Vella Gulf departed Norfolk April 23, as an independent deployer, to support maritime security operations in the Persian Gulf. With their ballistic missile defense capability, the cruiser and its crew were an asset there for more than six months.

Helicopter Maritime Strike Squadron 46, Detachment Four was aboard the Vella Gulf throughout the deployment. With two MH-60R Seahawk helicopters, the air crews logged 670 flight hours and 494 deck landings in support of anti-submarine and surface warfare operations.

The ship’s operational requirements extended the deployment but allowed the crew to make it home for the Christmas and New Year’s holiday.