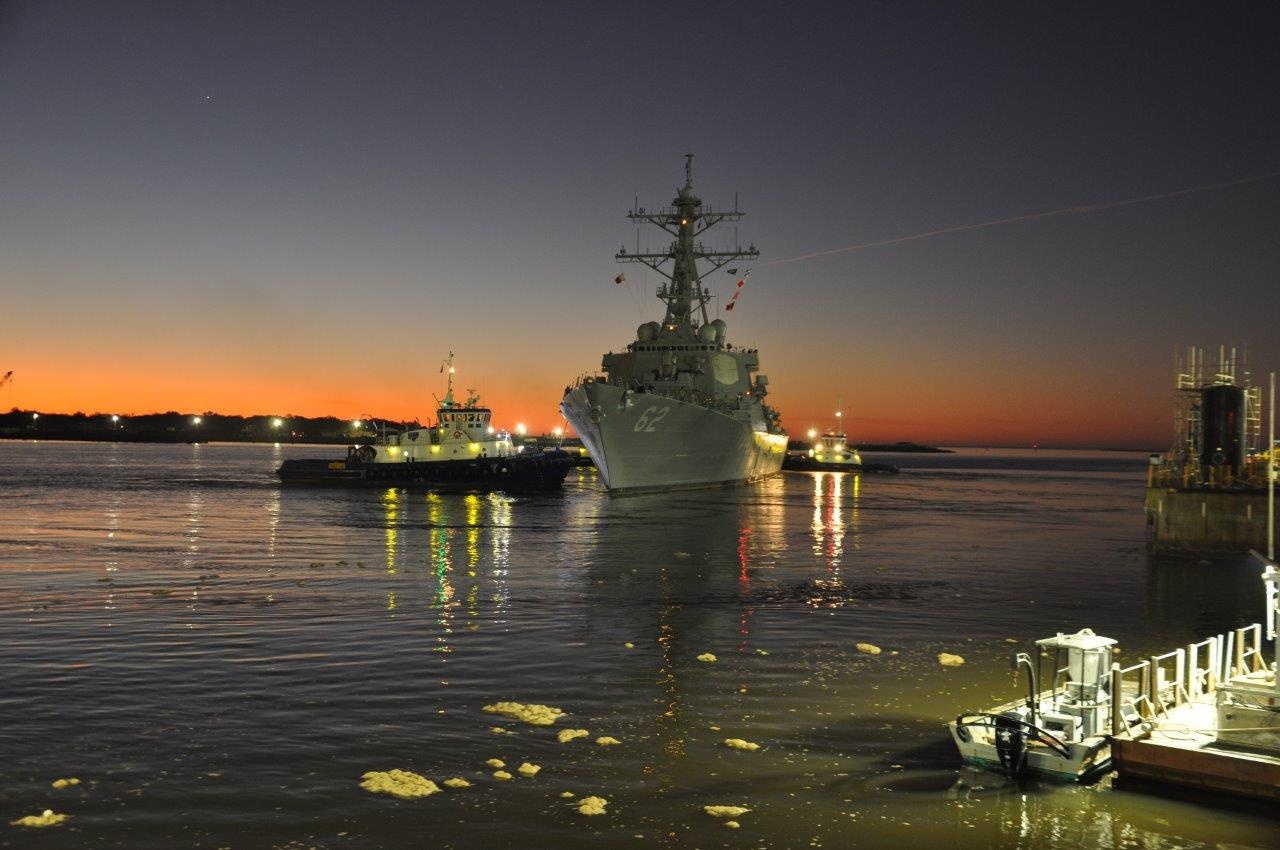 The guided-missile destroyer USS Fitzgerald (DDG 62) is underway to conduct comprehensive at-sea testing, marking a significant step in her return to warfighting readiness.

The ship departed Huntington Ingalls Industries-Ingalls Shipbuilding’s Pascagoula shipyard at approximately 6:30 a.m. (CDT) to conduct a series of demonstrations to evaluate that the ship’s onboard systems meet or exceed Navy performance specifications. Among the systems that will be tested are navigation, damage control, mechanical and electrical systems, combat systems, communications, and propulsion.

The underway reflects nearly two years’ worth of effort in restoring and modernizing one of the U.S. Navy’s most capable warships after it was damaged during a collision in 2017.

In the early morning hours of 17 June 2017, the ship was involved in a collision with the container ship MV ACX Crystal, seriously damaging the destroyer. Seven of her crew were killed. Several others were injured, including her commanding officer, Commander Bryce Benson. Fitzgerald arrived at the Port of Pascagoula in Mississippi on 19 January 2018, aboard the heavy-lift transport MV Transshelf, after a two month journey from Japan.

Upon Fitzgerald’s return to the shipyard, crew training and certifications will commence as final work items are completed in support of the ship’s sail away later this spring.

“We are excited to take the next step to get Fitzgerald back out to sea where the ship belongs. My crew is looking forward to moving onboard the ship and continuing our training to ensure we are ready to return to the fleet,” said Cmdr. Scott Wilbur, Fitzgerald’s commanding officer.

After receiving its full complement of basic and advanced phased training, as well as crew and ship certifications, the USS Fitzgerald will return to the Fleet mission-ready with the improved capability and lethality required to successfully support high-end operations.