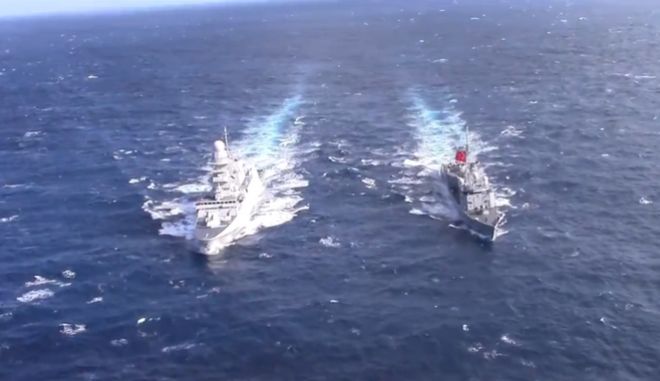 According to the statement at official website of the Turkish Navy on 15th December, Turkish O.H.Perry Class frigate TCG Gaziantep has conducted passing exercises (PASSEX) with FREMM Class frigate ITS MARTINENGO of Italian Navy on 14th December.

“By conducting three times with NATO Standing Maritime Group , one time with US Carrier Strike Group and one time with Italian Destroyer, this is the fifth mutual training that Turkish Naval Forces has conducted with NATO and Allied Navies in the region in the last 10 days.” Turkish Navy officials added.

While leaving homeport, Italian officials stated that the main mission of the ITS MARTINENGO would be to protect national interests at East-Med (especially against Turkey), but this exercises show that they cannot neglect Turkey while showing existence.