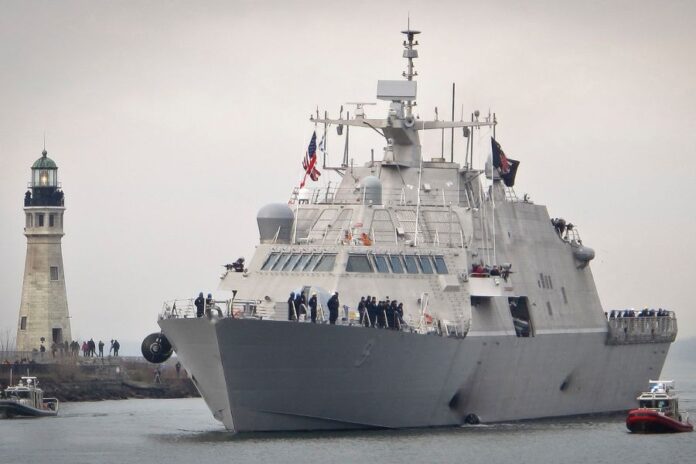 The U.S. Navy commissioned its newest Freedom-variant littoral combat ship (LCS),  USS Little Rock (LCS 9), during a ceremony Saturday held on Dec. 16, at the Canalside waterfront in Buffalo, New York.
The USS Little Rock, designated LCS 9, is the 10th littoral combat ship to enter the fleet and the fifth of the Freedom-variant design. It is the second warship named for the Arkansas state capital and  commissioned alongside the first USS Little Rock (CL 92), which serves as a museum at the Buffalo and Erie County Naval and Military Park.
She was commissioned next to its namesake, USS Little Rock. It’s the first ship commissioned in the City of Buffalo and the first time in the Navy’s 242 year history that a new Navy warship was commissioned alongside its predecessor.
After orders to hoist the colors and the commission pennant, the ship was brought to life.
More than 50 sailors will man the ship as the core crew. A moment they have anticipated for almost three years.
Commander Todd Peters is the commanding officer of the ship.
USS Little Rock is expected to deploy to the high seas later next year.
The new commissioned ship will set sail later this week and will dock at its home port in Mayport, Florida. 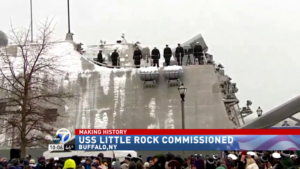 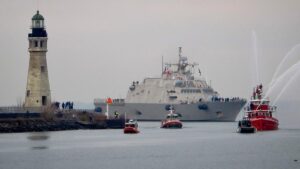 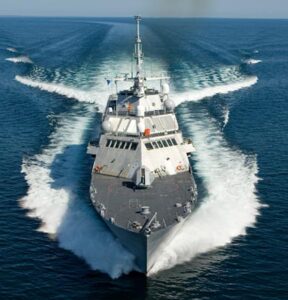