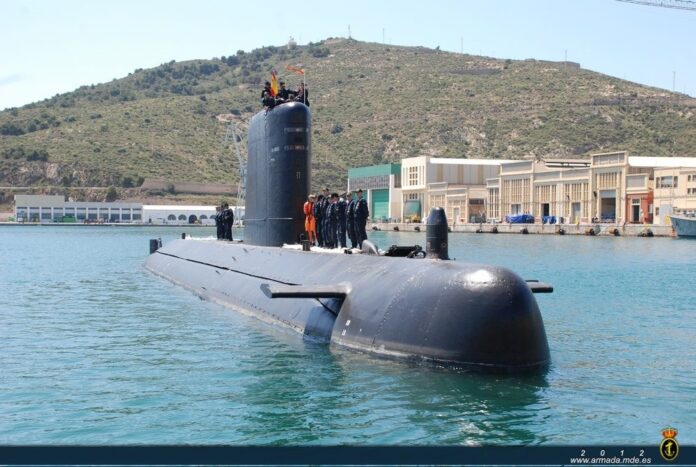 According to the Spanish News Portal EDC  the submarine is going to be decommissioned today (June 10) and ends its operational life.

Goodbye to one of the three submarines of the Spanish Navy.

After being decommissioned, it will be disarmed, the usable parts and materials will be removed and it will probably end up scrapped.

To date the Spanish Navy had three S-70 class submarines, awaiting the construction of the new S-80s that will take over from them. Once the ‘Mistral’ is decommissioned, two submarines will remain in service: the ‘Galerna’ (S-71) and the ‘Tramontana’ (S-74)

The Spanish Navy has not decided on the fate of the submarine yet, but most likely it will end up being scrapped.

The S-80 Plus class (or Isaac Peral class) is a Spanish class of four submarines in production by the Spanish company Navantia in its Cartagena shipyard for the Spanish Navy. The lead ship in the class, the Isaac Peral (S-81) is planned to enter service in 2022.