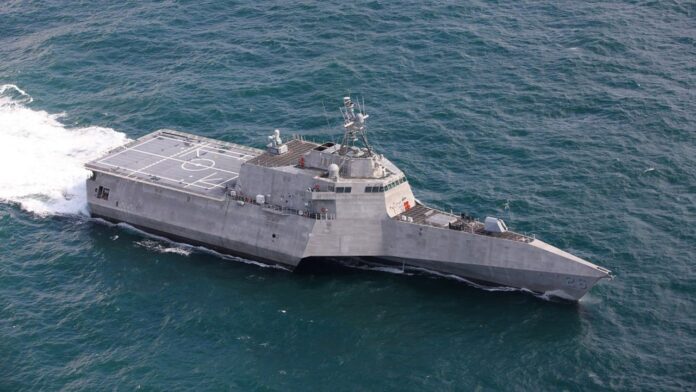 “I know that the Austal USA team are particularly proud of this latest LCS, which is named after their home city of Mobile, and they have every reason to be proud given this is the third ship built by Austal USA to have completed acceptance trials for the US Navy in 2020,” Mr Singleton said.

“The successful completion of acceptance trials for Mobile in Mobile, during this challenging time in world history is an outstanding achievement and testament to the skills and commitment of the Austal USA team.”

Acceptance trials involve the execution of a number of tests by the Austal USA-led industry team while the vessel is underway; demonstrating to the United States Navy the successful operation of the ship’s major systems and equipment. The trials are the last significant milestone before delivery of the ship, scheduled for October 2020.

The Independence-class LCS is a high-speed, shallow-draft surface combatant with an aluminium trimaran hull that provides class leading, multi-mission capability. These ships are designed to defeat growing littoral threats and provide access and dominance along coastal waters. A fast, maneuverable and networked surface-combatant, LCS provides the required warfighting capabilities and operational flexibility to execute surface warfare, mine warfare and anti-submarine warfare missions.

USS Gabrielle Giffords (LCS 10) continues her successful deployment with the Pacific fleet, while nine other Independence-class LCS are homeported in San Diego, USA.