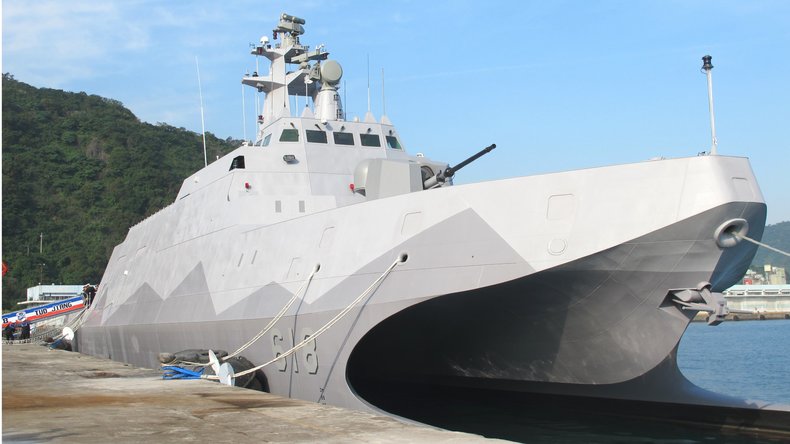 Taiwan says it is accelerating production of nearly a dozen stealthy Tuo Chiang-class missile corvettes, the first of which will be focused on air-defense missions. The announcement is another part of the island’s attempts to keep pace with China’s People’s Liberation Army’s development of increasingly advanced capabilities in the airand at sea and provide a credible defense during a crisis in the region.
On May 14, 2018, Taiwanese Minister of National Defense Yen De-fa said that under the new plan, eight additional Tuo Chiangs – a name that translates simply as Tou River, an upper tributary of the Yangtze on the mainland – would be in service by 2025, with the first three being in an anti-aircraft configuration. The other five will be primarily configured for anti-ship warfare. We do not know what configuration the final three vessels in the class will be in when they enter service, which is still expected to occur in 2039 as laid out in the original schedule. Taiwan’s Defense Ministry said that timeline might get moved up, as well.
At present, the Taiwanese Navy has one effectively prototype Tou Chiang in service, which it took delivery of from Lung Teh Shipyard in 2014. The ships have been in development since 2011 and the full production examples were initially supposed to arrive in three batches, rather than two.