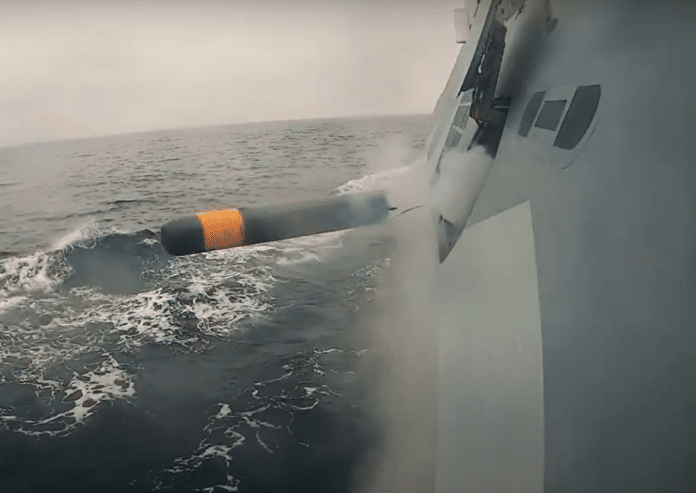 Saab has together with the Swedish Defence Materiel Administration (FMV) and Swedish Armed Forces have conducted the first tests with the Saab Lightweight Torpedo (SLWT) from a corvette and a submarine.

The tests are the first of its kind for the new torpedo and were undertaken during February and March 2020 at sea ranges outside Karlskrona, on Sweden’s east coast in the Baltic Sea. The tests were conducted from a Gotland-class submarine and from a Visby-class corvette. The purpose of the firings was to verify that the torpedo can be safely launched from the vessels, which also included verification of the integration on the vessels as well as SLWT’s target seeker.

“The Saab Lightweight Torpedo will provide the Swedish and Finnish Navy with the ability to deter and if necessary destroy hostile underwater and surface threats. Having completed these tests successfully is a major milestone in this joint project,” says Görgen Johansson, Head of Saab’s business area Dynamics.

The development of the torpedo commenced with an order from the Swedish Defence Materiel Administration (FMV) in 2016, and is to be deployed on Sweden’s submarine fleet and corvettes. In January 2018, the Finnish Navy placed an order for the SLWT, as a part of the Squadron 2000 Mid-Life Upgrade Programme. The Finnish Navy will operate the system on-board the upgraded Hamina-class vessels as well as the new Pohjanmaa-class corvettes of the Squadron 2020 Programme.

The SLWT is unique in the way that it is adapted for difficult littoral underwater conditions such as those found in the Baltic Sea while also being designed for operations in deeper seas. With its state-of-the-art design, it incorporates a fully digital homing system, which offers both fire-and-forget and wire-guided operation to pursue the target. It is a flexible system that can be launched from multiple platforms, including surface ships, helicopters, fixed-wing aircraft and submarines.