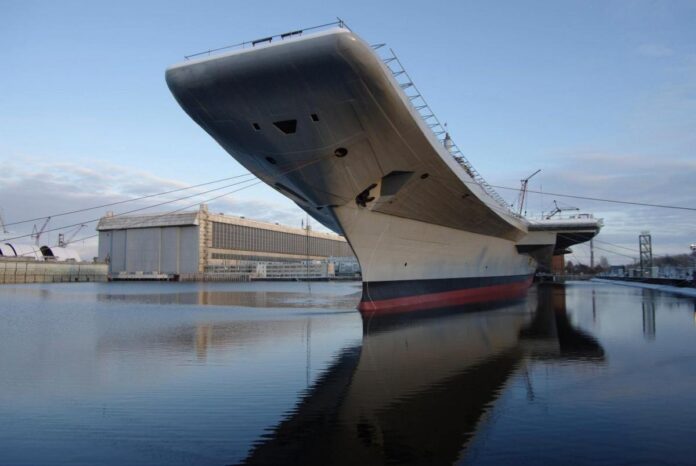 The Indian Navy is firm on its plans to have a third aircraft carrier despite Chief of Defence Staff (CDS)’s scepticism, and will approach the government for permission to initiate formal design consultancy.

The Indian Navy currently operates one aircraft carrier, INS Vikramaditya, while the second, INS Vikrant, is under construction in Cochin, due for commissioning in 2022. Both vessels have a displacement — the measure of a vessel’s weight — of 45,000 tonnes each.

While the Navy has had its eyes set on a third aircraft carrier, General Rawat, who oversees all three military branches in his role as CDS, said earlier this month that it was not a priority. Preference, according to him, would be given to submarines and air-strips on the far-flung Indian islands in the Andamans.

Dismissing any budgetary concerns, every force is driven by long-term capability planning that also takes into account budgeting requirements.

Indian Navy chief Admiral Karambir Singh had said in December last year that the force’s long-term capability planning envisaged the induction of three aircraft carriers so that two are available for deployment in the Indian Ocean Region, where China has been making inroads, at all times.

A project study initiated during the tenure of former defence minister Manohar Parrikar decided that the third carrier would be a 65,000 CATOBAR (Catapult Assisted Take Off but Arrested Recovery) system with electric propulsion.

Shore-based air operations, as preferred by the CDS, were still limited by range, and this is where the aircraft carriers came into play.

This vast oceanic expanse, was well beyond the capability of strike aircraft operating from the Indian mainland, which would barely cover even 20 per cent of this area and thus leave vast swathes of IOR unchallenged.

In addition, fighter jets operating in the sea would need a significant amount of time to manoeuvre, especially if challenged by enemy fighters. This limits their range too, they said.

Shore-based strike aircraft from any service, be it the Indian Navy or the Air Force, would be in a defending position at best within 1,000 km of the coast.

‘Must have two aircraft carriers operational at all times’ :

Admiral Singh’s concerns, saying it was important to have a third carrier because it would ensure two are always ready for deployment, even when one is in for refits.

India had to decide whether it planned to “play a bigger game” in the global maritime structure while the People’s Liberation Army (PLA) Navy of China, which has been making repeated forays into the Indian Ocean Region, plans to become a four-aircraft-carrier force by the end of the decade.