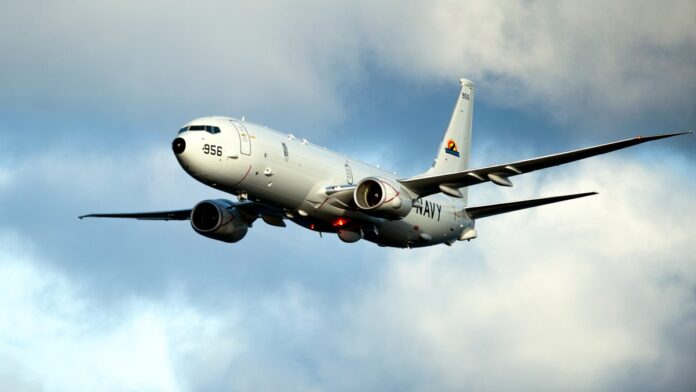 For the second time in four days, Russian pilots flew in an unsafe and unprofessional manner while intercepting a U.S. Navy P-8A Maritime Patrol and Reconnaissance Aircraft in U.S. Sixth Fleet, 19 April, 2020, the U.S. Navy claimed.

On April 19, 2020, a U.S. Navy P-8A aircraft flying in international airspace over the Mediterranean Sea was intercepted twice by a Russian SU-35 over a period of 100 minutes. The first intercept was deemed safe and professional. The second intercept was determined to be unsafe and unprofessional due to the SU-35 a conducting high-speed, high-powered maneuver that decreased aircraft separation to within 25 feet, directly in front of the P-8A, exposing the U.S. aircraft to wake turbulence and jet exhaust.

In response, the P-8A, which was operating at a constant altitude and airspeed, descended to create separation and ensure safety of both aircraft.

The unnecessary actions of the Russian SU-35 pilot were inconsistent with good airmanship and international flight rules, seriously jeopardizing the safety of flight of both aircraft.

While the Russian aircraft was operating in international airspace, this interaction was irresponsible. We expect them to behave within international standards set to ensure safety and to prevent incidents, including the 1972 Agreement for the Prevention of Incidents On and Over the High Seas (INCSEA). Unsafe actions‎ increase the risk of miscalculation and potential for midair collisions.

In both cases, the U.S. aircraft were operating consistent with international law and did not provoke this Russian activity.

According to the TASS agency of Russia, the Russian fighter jet was scrambled from the Hmeymim airbase in Syria to shadow the U.S. MPA flying over the neutral waters of the Mediterranean Sea towards Russia’s military facilities. They define the U.S. MPA as “spy”.