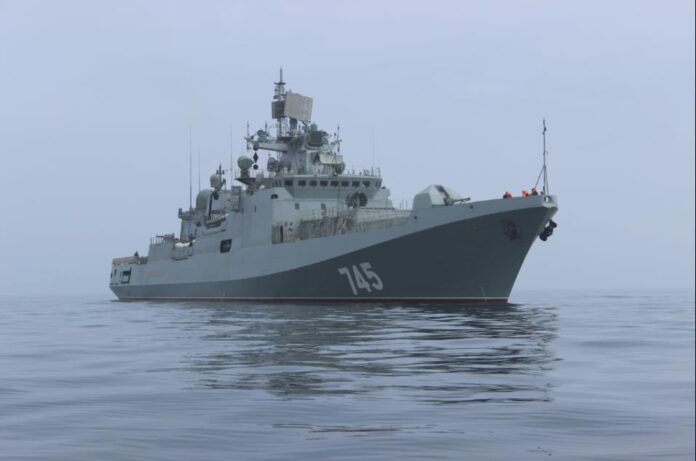 Russia has announced plans to dramatically expand its naval facility in Tartus and air base at Hmeimim, Syria. The deal will see Russia keep 11 warships off Syria’s Mediterranean coast, including nuclear vessels.
Russia’s upper house of parliament voted on Tuesday to extend the military’s lease of its naval base in Tartus, Syria, by a further 49 years.
Following the vote, Russia’s Defense Minister Sergei Shoigu announced plans to drastically expand the Mediterranean naval facility, creating space to keep 11 warships, including nuclear vessels.
According to Russian media, the Tartus naval facility is currently only large enough to keep one Russian warship, the “Pyotr Velikiy.”
As part of the agreement, Russia will also have indefinite access to the Hmeimim air base, from which it launched numerous airstrikes on Syrian rebel forces over the past two years.
Russia and Syria had initially agreed to a deal on permanent military bases back in back in January, although it was only formally endorsed by Russia’s lower house last week and the upper house, otherwise known as the Federation Council, on Tuesday. The final agreement must still be signed by Putin before it comes into effect.