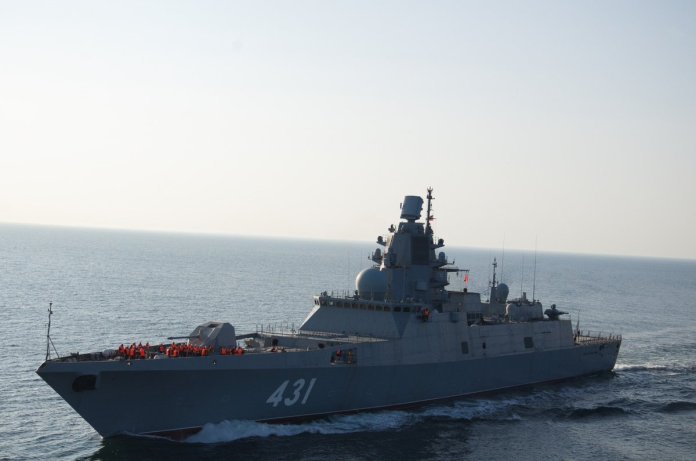 “By order of Russian Navy Commander-in-Chief Admiral Nikolai Yevmenov, the Project 22350 latest frigate Admiral Kasatonov has been accepted for service in the Navy,” the spokesman said.

The ceremony of accepting the frigate for service in the Navy and hoisting the St. Andrew’s (Russian naval) flag on its board was held in the Neva roadstead, following the warship’s arrival for its participation in Russia’s Main Naval Parade.

Like her sister-ship Admiral Gorshkov, Admiral Kasatonov will join the Northern Fleet of the Russia Navy.

“The frigate Admiral Kasatonov, which has successfully completed state trials, has been accepted for service in the Navy in the Neva roadstead abeam Senate Square. The Navy has received another ship capable of effectively coping with assigned missions in long-distance maritime and oceanic zones,” Yevmenov said.

Project 22350 frigates being built at the Severnaya Shipyard (part of the United Shipbuilding Corporation) are long-distance deployment ships and carry precision weapons. They are capable of operating effectively both solely and as part of Russian Navy all-arms forces.